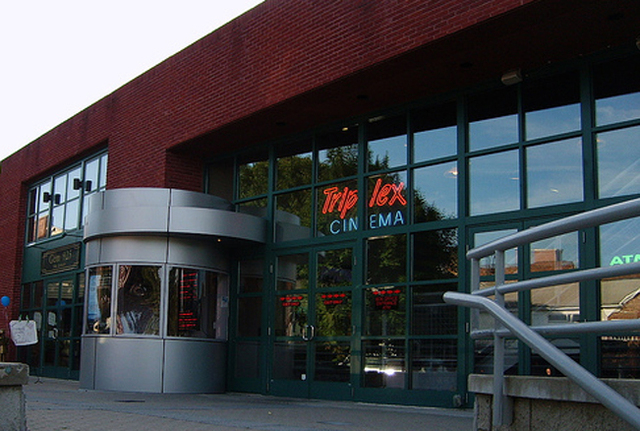 This pleasant three-screened art house in the middle of historic Great Barrington in western Massachusetts is surrounded by businesses, shops, cafes, trendy little restaurants as well as proletarian diners. It is not far from the old railroad station and a block away from that old treasure of a theatre, the Mahaiwe.

The theatre is a short drive from many of the cultural events in the Berkshires, including the Boston Symphony concerts at Tanglewood. The decor and structure are rather functional and not especially inspiring, but the programming is excellent and has found favor with the area residents.

I visited this cinema for the first time on Sunday after a concert at Tanglewood. The considerable little audience in the little auditorium responded favorably to the Franco-Georgian found-treasure called “Since Otar Left.” Applause followed. It’s reassuring that venues like this can exist and attract good audiences for international films of merit. Good place. Fine projection and sound.

Great Barrington is in western Massachusetts. not eastern.

Sure is in western Massachusetts. My error, can someone change it?