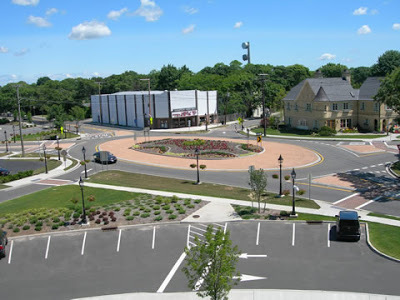 Built as the Hampton Star Theatre in 1927. It was closed on February 13, 1933 when it was gutted by a fire. It reopened in 1947 as a summer theatre named Westhampton Summer Playhouse, and then switched to movies. The Brandt chain operated this theatre which booked upscale product for the West Hampton crowd. It was taken over by Cineplex Odeon on August 11, 1989. It was closed on March 16, 2020 due to the Covid-19 pandemic. It has been gutted and remains closed and ‘For Sale’ in May 2022.

As per usual, first crippling snow storm and the theater closes until spring.

Surprise, surprise. We had a crippling snow and they didn’t close (yet). However, they didn’t update their website for showtimes past January 4th until I called them.

Possibility they may remain open through the winter. They finally got a new heating system. Time will tell.

As per usual the cinema closed in February with a promise to reopen in the Spring, new heating system not withstanding.

Once again closed for the winter; a combination of fewer people in a largely summer community and a heating system in need of replacement.

Reopening for the season this Friday. Glad to have it back. Good movies at good prices. Who needs recliners?

Closing for the winter after Tuesday’s showings of Little Women and 1917.

According to Marc Sabow, attorney for the family that owns the building where the Hampton Arts Cinema is located on Brook Road, the pandemic dealt a heavy blow to the business.

The Hamptons Arts Cinema, a small, twin-screen theater, has been a mainstay in the community since 1927, when it was known as the Hampton Star Theater, according to a video made in 2014 for a Kickstarter campaign to raise funds for necessary upgrades, including a digital projection system.

The theater has survived the Hurricane of ‘38, Superstorm Sandy and a fire in 1947.

And it has long been known as a focal point in Westhampton Beach: Besides showing first-run films, events at the community-centered theater have included the Hamptons Synagogue Film Festival, the popular $5 Tuesday movie night, art shows, school programs, private birthday parties and more.

Subscribe According to Garden City-based attorney Sabow, operator Peter Vivian has leased the space to run the theater in past years.

“Unfortunately, due to COVID, he decided he did not want to operate the theater anymore,” Sabow said.

Recently, Gov. Andrew Cuomo announced that movie theaters could reopen on Long Island at 25 percent capacity, with social distancing and other guidelines, such as purification and air filtration systems.

Despite Cuomo giving movie theaters the green light to open, Sabow said his client, who owns the building but whom he declined to name, “is not a theater operator. So at the moment, the theater is not operating. There is no operator for it.”

“There isn’t any plan right now about whether or not to reopen as a theater. We are not going to be operating it as a theater. If an individual came along wanting to operate it, we would evaluate that. But for the forseeable future, the movie theater is not active,” Sabow said.

The property has not yet been listed for sale, Sabow said.

“I don’t think the movie theater business is a particularly lucrative one at the moment,” Sabow said. “I don’t see anyone coming around,” especially during the pandemic, he added.

Due to COVID and the current climate of the real estate market, Sabow said, “I think the family is just evaluating their options.”

The theater has not been emptied, however, Sabow said. “The only thing not in there at the moment is the projectors, because they were owned by the prior operator. The seats, the concession stands, all of that is still there.”

The theater means much to many in the Westhampton Beach community, who are holding onto hope that the theater may one day open again, despite rumors to the contrary.

“Our little cinema holds fond memories for many in our village, so if the report that it will not reopen is true, it will be greatly missed,” said Westhampton Beach Village Mayor Maria Moore.

Laurie Rubick said she began working at the theater when she was still in high school, in October of 1990. She was there until Vivian decided to end his time with the cinema in August, due to the pandemic. “It’s a hard hit industry,” she said. “I hope the village will have a theater again.”

Local business owner Elyse Richman agreed. “I would hope that it would reopen again — after the pandemic is over.”

Added Rubick: “It will always have a piece of my heart.”

The theatre which was purchased by Harvey L. Kaylie in 2003 for $575,000 is now on the market for $1.1 million. He died in 2018 but the building is officially an LLC. The theatre closed in the middle of the Covid pandemic and has been reportedly gutted. The property is considered very desirable and, therefore, not likely to remain a theatre. The East End is down to the Sag Harbor, Mattituck, East Hampton and the Hampton Bays. The latter has be touted as a site for a CVS.

It reopened in 1947 as a partial rebuild. In 1951 is became the Westhampton Summer Playhouse and attracted many noted actors and a national reputation. In 1952 there was even a “show bus” that originated in Patchogue and made stops along the way.

I’ve uploaded an image as the Hampton Star from the Westhampton Beach Library collection and one of an advertising flyer for the Summer Playhouse.