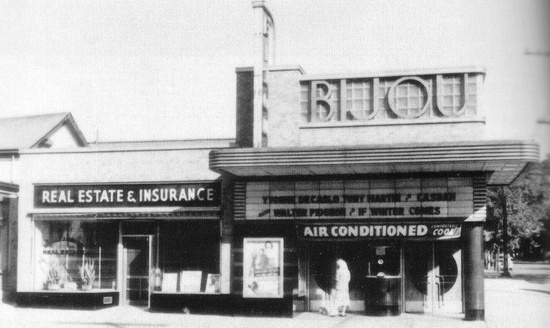 The Bijou was located in the Lansingburgh section of Troy. The first Bijou was built around 1918 in the shell of an old rooming house (small hotel) and seated about 400. That building was demolished and the new art deco new Bijou, seating 650, opened in 1938. It was renamed the Oxford in the late 60’s or early 70’s.

The theatre closed and was demolished in 1973 for a bank, which still stands. The entranceway of the bank had a portrait of the Oxford in it, but I don’t know if it’s still there.

The bank moved out a few years ago and the place is now Charlie’s Hot Dogs, as of 2020.

Here is an undated photo:
http://tinyurl.com/29no6b