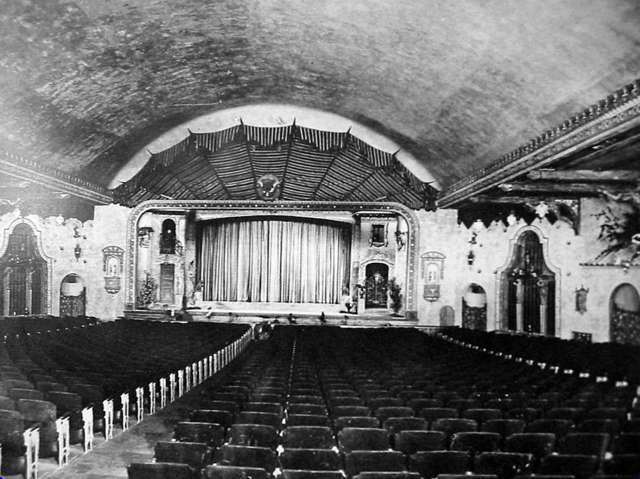 In 1921, the Loew’s Century Theatre opened on W. Lexington Street between Charles Street and Cathedral Street, designed by John J. Zink, complete with a ballroom above the theatre.

Five years later, architect John Eberson was hired to convert the former ballroom space into a theater, designed in Atmospheric style, and called Loew’s Valencia Theatre, which opened on December 24, 1926 with Mae Murray in “Valencia” (A private screening had been held on the previous evening). Seating was provided on a single floor, apart from two small private boxes on each side of the projection booth.

The Loew’s Valencia Theatre was closed on May 18, 1952 (the Loew’s Century Theatre closed in early-1960), and both were razed in 1962, to make way for an office building, the Charles Center.

I found some material on the Valencia which states that the theatre closed for good in 1955.

This theatre is not to be confused with the Loews Velencia in New York.

Thats should be Queens New York.

Is this the theatre that had a sky scene showing a bird slowly moving across the ceiling?