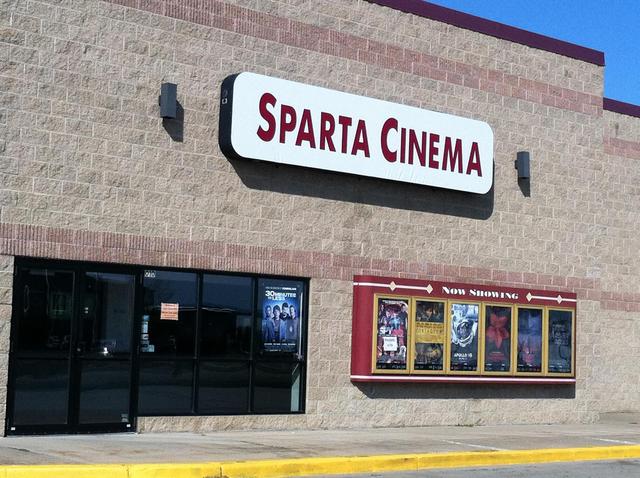 This sixplex opened in 1995 as part of the Star Cinemas chain. Large lobby, comfortable seating and stereo sound in all six auditoriums. Moderate adimission and concession prices. Friendly staff. Star Cinemas had seven theatres in Wisconsin and one in Iowa with a total of 77 screens.

This is now under new ownership and is called Sparta Cinema. Still wanting to visit this Cinema but I can provide a facade picture.. also link to their website and facebook page. http://www.facebook.com/pages/Sparta-Cinema-6/226798510675976 and http://www.spartacinema6.com/Sparta_Cinema_6/Welcome.html

Finally got to visit this cinema. I’d say it needs a little work… nothing a little TLC won’t fix. I look forward to my next visit.

A new movie theater was being planned for Sparta in 1916, as reported in the May 6, 1916, issue of The Moving Picture World. The owner was Otto Bell, and the architects were Dockendorff & Parkinson of La Crosse. I’ve been unable to discover the name of this theater, assuming that it was completed. But surely Sparta had at least one theater before this modern multiplex was built.