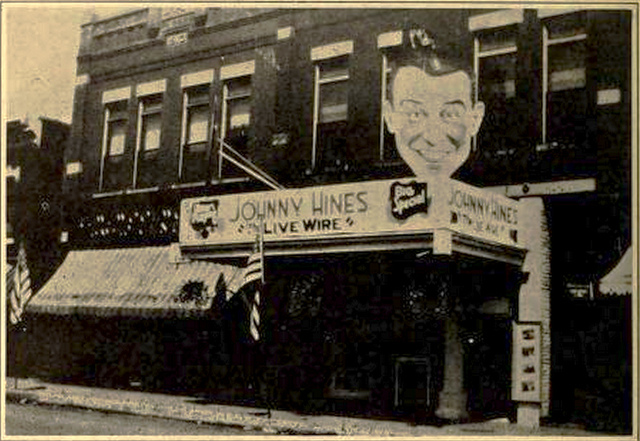 Twinned in 1980, it was operated by Fridley Theatres from 1986, and known as the Paramount Theatre. It was taken over by an independent operator in 2010 and renamed Grand Theatre.

The Paramount Theatre was owned for years by Central States Theatres of Des Moines Iowa. In 1975 some kids were playing with fire behind the hardware store next to the theatre and it set the store on fire. The Oelwein Fire Department answered the call and put out the blaze. What wasn’t known was that the fire had gotten into The Paramount through a hole in the fire wall. The Paramount was destroyed by the blaze and several firefighters were injured. Peterson Theatres of Waverly Iowa purchased the Paramount and completly renovated it into a 360 seat theatre and renaming it The Capri. It reopened on Christmas Day 1975. In 1980 or so The Capri was twined into two 175 seat auditoriums. In 1986 The Capri was sold to Friedley Theatres and renamed The Paramount. Soon afterwords Friedley purchased the building next door and added the third screen.

Here’s a 2008 view of the PARAMOUNT: http://www.boxsetgallery.com/stein/index3.html

The name of the town is misspelled in the caption.

Here is part of an article from the Oelwein Register dated 12/1/88:

OELWEIN – “Theater closed” is not the latest sci-fi thriller featuring a mass murderer who wears a hockey mask meeting a guy named Freddy with long fingernails in a two-out-of-three grudge match. “Theater closed” means exactly what is says, and it says exactly that on the marquee over the Capri Theatre in Oelwein.

Charlotte Peterson, co-owner of the theater with her husband Gerald, said they closed the theater in Oelwein and the one in Waverly due to lack of attendance and the lack of availability of an in-demand product. “A company only makes 1000 prints of a film and there are over 30,000 theaters,” Peterson said “By the time it trickles down to us, people feel it (the movie) should be on video.”

Peterson said the video rental business has been the only thing keeping the theaters open. Without that revenue, she said, they would have closed the theaters three or four years ago. She said her husband started in business in 1965 with the theater in Waverly. They purchased the Capri Theatre in Dec. 1975. At one time, she said, they owned 17 screens in 13 communities. She noted that with video tapes and cable TV, people have not shown an interest in going out to the movies.

We are The Grand Theatre of Oelwein. We show first run movies at great admission prices and have the best popcorn in Northeast Iowa. Our website is https://www.thegrandtheatreofoelwein and you can visit us on facebook at The Grand Theatre.