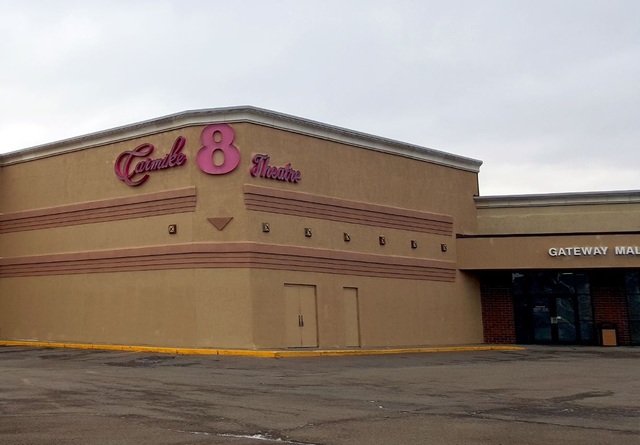 Located in the Gateway Mall this opened as the Gateway Triple on June 28, 1985. On July 1, 1994 it was expanded to become the Midco 8. When Carmike took over operations in 1995 it was renamed the Carmike 8 Cinemas.

A long hallway leads to the cinemas. It has a large lobby with tons of neon lining the lobby and box office. Attractive and comfortable theatre. It was taken over by AMC in 2016 and renamed AMC Classic Bismarck 8 in early-2017. It was closed in March 2020 like all movie theatres in the country due to the Covid-19 pandemic. It was announced in early-August 2020 that the theatre will be closed permanently.

More information found about this theatre. I have uploaded the 1985 and 1994 ads in the photo section.