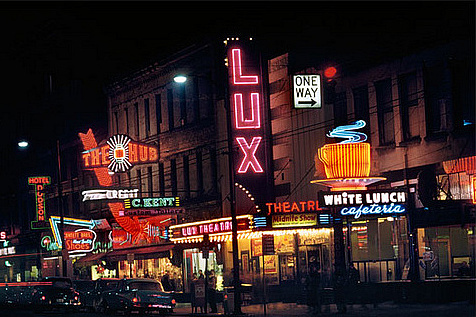 Only visited this theatre once in the late 1970s but it took a great movie like Nashville to get me there. Situated in a very rough area of the city (East Hastings near Columbia) this theatre showed third and fourth-run double features,long past their theatrical prime. Interior was not nearly as seedy as expected although the few occupied seats had their share of downtown eastsiders. Manager was friendly and informative making the ‘experience’ not nearly as unpleasant as expected.

Was once part of the Odeon chain. Later screened mainly double and triple bills. Was also known as the Eden Lux showing pornographic films. One of its last incarnations was a night club/bar.

Circa 1982 photo added credit Greg Girard from below link.