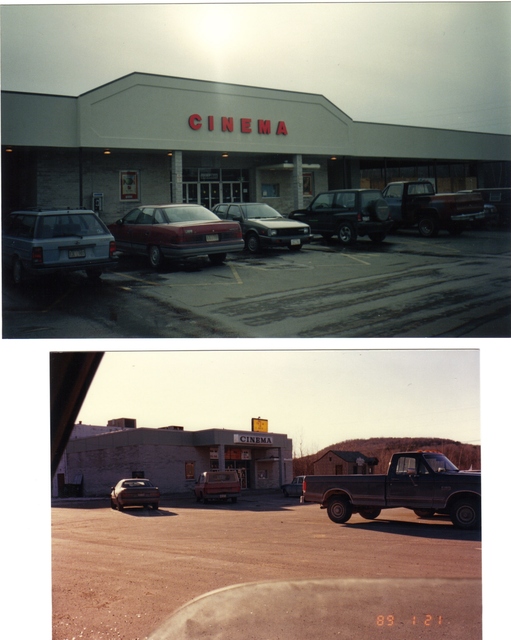 This theatre is still open—as the Mall Quad in Monticello. It was originally opened and operated by General Cinema.

This theatre is on Route 42.

This theater opened around 1968/1969 as a single screen theater. General Cinema took it over and twined it in November of 1972 with “Dumbo” / “You’ll Like My Mother”. It was cut up into four screens in 1988, and later when the shopping center was remodled, a new front was added and it was connected onto the shopping center, on rt.42 The better looking and nicer theater in Monticello was the Jerry Lewis Twin, later called the Monteco Mall Twin, this was off of Rt. 17 Twin one showed mainstream and foreign films in the 70’s and twin 2 showed porn-some of the better stuff-Gerrard Damiano and hits straight out of N.Y.C. It closed in 1986.

The theater reopened for the summer and then closed permanently Sept. 8, 2009. See View link