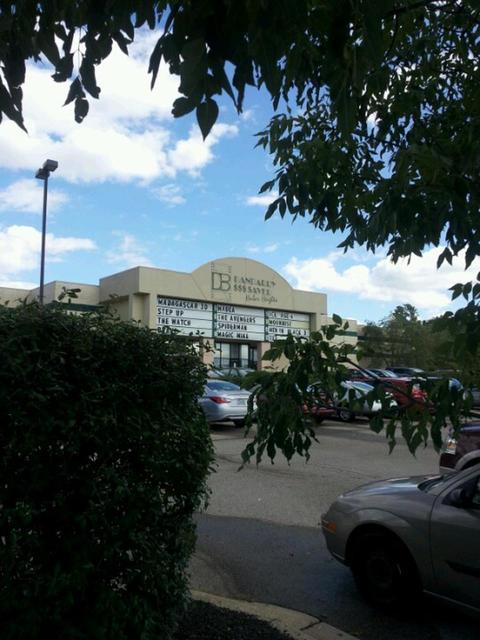 DanBarry Cinemas Huber Heights opened January 19, 1996 and became the area’s first DanBarry Dollar $aver. It was closed on August 27, 2019. In early-2021 it was converted into a storage facility.

I would hardly consider these cracker jack box theaters as “Classic” theaters. They don’t belong on this website.

Well, I don’t know about anyone else, but I think this theater to be quite a good one! The admission is hardly anything at all, there is an arcade, free popcorn and soda refills, and the seats have cup holders! I just really think this is a lovely theater.

In my opinion, the first two comments are not accurate. If this site is fit for all the modern multiplex theaters with dozens of screens, then this one sure fits right in. It is a nice theater and the admission is cheap. I agree with Sam Church.

This complex was made on the cheap. The screens were not correctly lined up with the projectors, so if you see a widescreen movie here, the movie runs off the side of the screen. The first two posts are correct: this is not a classic theater by any description.

Good night Nurse,There are thousands of theatres on CT that are not “CLASSIC”,Mainly your Downtown theatres would be really condidered “classic” Get over it 3 stooge and Src Putt if you are even on CT anymore!

This theater was built on the cheap. I was a manager for another chain nearby when this was built and only managed to enjoy the lobby carpeting with the film reels and the fact they once sold Pepsi.

The theaters were shoebox, with what looked like shower curtains hanging on the paper thin drywall walls. The projection was dim and not fit to the 12' screens which were wall to wall with no masking. The sound was pushed out to hopefully be louder than the theater next door.

I forsee the building becoming a health club when 35mm is no longer available, as they built this location LITERALLY 1500 ft across the parking lot from the once National Amusements Huber Heights theater, that has been continually upgraded and digitized by Rave Motion pictures. DanBarry closed the Huber Heights location on August 27, 2019. A Florida company bought the property and converted the venue into a “high-end” storage facility in 2021.