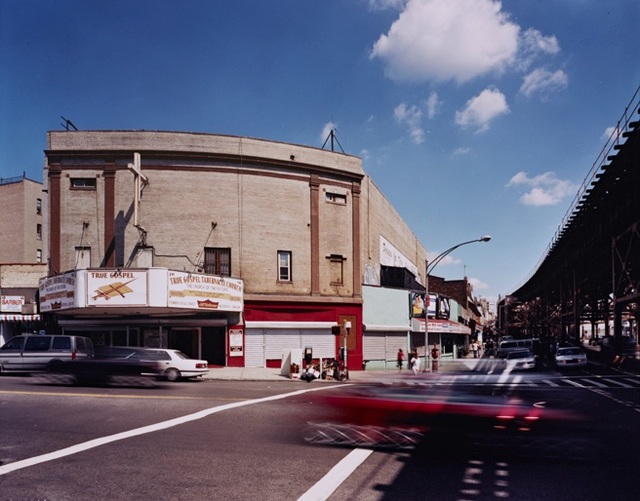 The Jerome Theatre opened in 1926 and could seat 1,660. It was operated by the Consolidated Amusement Company chain. It was located on the northwest corner of W. Tremont Avenue and Jerome Avenue in the Tremont section of the Bronx. In the 1950’s, the Jerome Theatre was renamed the Art Jerome Theatre. It now houses a church.

Still listed as the Jerome Theater in the 1960 yellow pages. Phone number was CYpress 9-1150.

Here’s a photo as church. I can’t quite make out the date stamp, but could be 1998: http://irmaml.tripod.com/index7/jerome_1.html

1946 photo added courtesy of the AmeriCar The Beautiful Facebook page.

Should be at the NW corner of West Tremont Ave. and Jerome Ave.

“Architect” didn’t used to be a verb, and I doubt if many, (and maybe not any) building architects use it as such yet, but it has been used as a verb for quite a while now in the IT industry. I don’t know that many actual software architects use it as a verb, either, but people in IT management commonly do. At one time “engineer” and “doctor” were not used as verbs, either, but both are standard usage now. “To architect” is still at a stage where it sounds like jargon to most people, including me.

But language does drift, so maybe it will catch on, and maybe it won’t. I wouldn’t want to bet that “to architect” won’t eventually become common usage. Popular usage is unpredictable. As Calvin said, verbing weirds language, and that can be both fun and useful. Of course, as an English major, I will go on using designed, and keep architect as a noun. If, fifty years hence, my traditional usage sounds stodgy and old fashioned, well, I doubt anything I’ve written will survive that long, and even if it does, something will have deaded me by then, so I won’t be around to care.

Do the trains still go through this building?

Another Bronx theater, located at 1077 Southern Boulevard, advertised as “ART SOUTHERN” (or variations thereof). In the Photos section, an ad from August 1976 shows both theaters playing the movie “Squirm.”

You could hear the trains in the auditorium