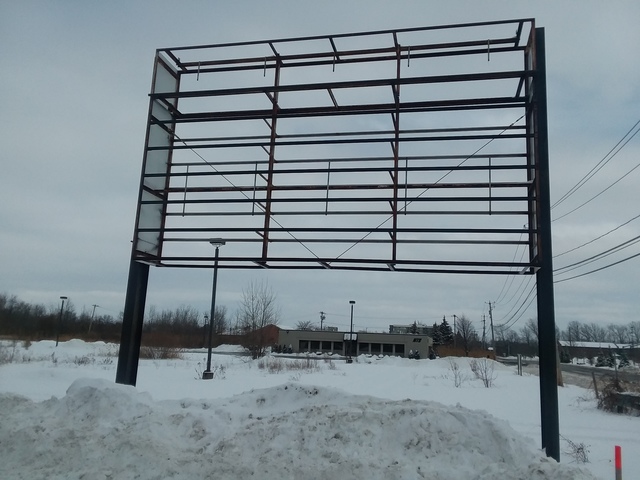 The Summit Park Mall Cinema I & II was opened by General Cinemas Corp on August 29, 1973 with Julie Andrews in “Mary Poppins” & Elizabeth Taylor in “Night Watch”. It was closed in 1992

Theater was actually in Wheatfield NY. It closed and was replaced by the Summit 6 which was recently torn down.

Actually, there was a twin inside the mall and a Cambridge style GCC 6 plex was added in 1986, closed in October 2000 with GCC’s demise. I was the last fulltime GM of the twin in 1991, typical 70’s GCC with the dark wood paneling through the storefront length entrance, red checked wool carpeting, white laminate stand and Griggs pushback seats in the aud with the grey metal “curtains” on the walls. Reel to reel Centurys in the booth with the Cinemation Mark IV automation (fun to run). A busy Saturday was 100 people all night…closed at the end of 1991.
The six had Cinemacannicas in the booth (I always hated threading those things) with the Christie Autowind platters as I recall – the standard fare for GCC in the 80s. Point being, the six and the twin were two separate theatres. The six, 900 seats over six theatres that all leaked and boasting a cow pasture in the backyard, was razed in 2005 after failed minimal fanfare by Entertainment Film Works to open a Cinemapub never materialized. The bones of the twin are probably still walled up inside the mall which is basically a ghost town – the potential promise of the area never seeing fruition.

I was in the mall on Sunday and you’re right,it is a ghost town. The lobby of the twin is used for retail space.
Across the road the sign for the Summit 6 is still in view although most of the letters, thanking patrons for 15 years of patronage,have fallen down.
I have some friends who were projectionists at the theatres and they remember those days well.

I believe this was the first theatre that Frank Emmett managed beginning in the fall of 1981. When he arrived it was a curtailed twin. Through his successful efforts at promotion, it became a fully operational unit. In appreciation of this success, Pat Corey promoted him to the busy Thruway Triplex around 1982. 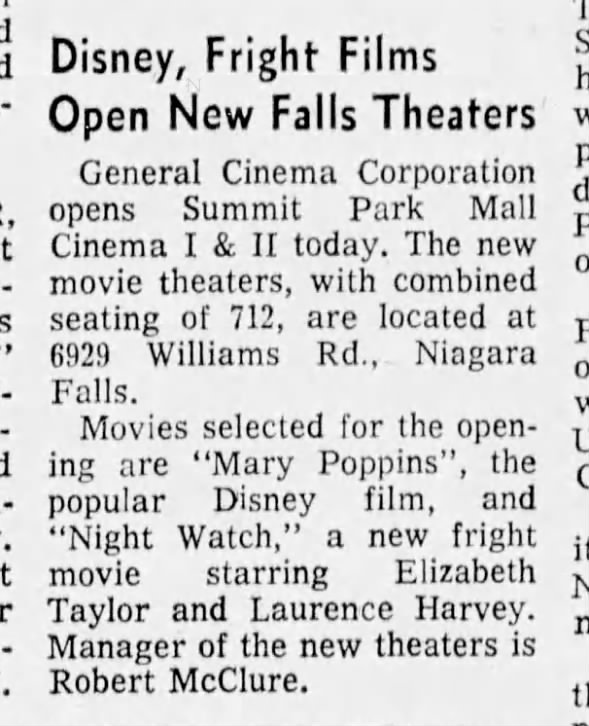