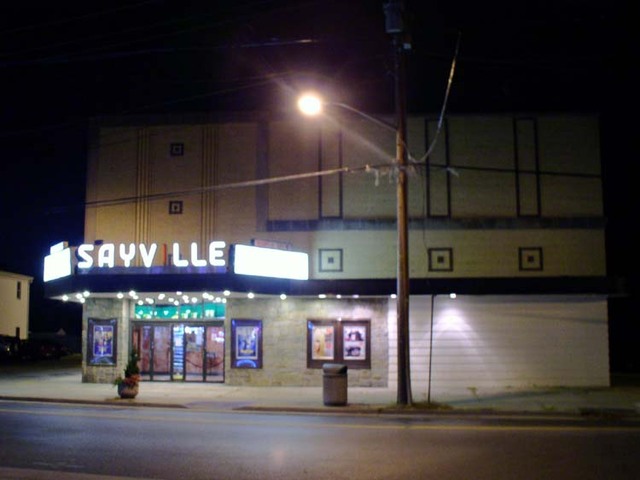 A new 1,000-seat theatre was built adjacent the the original Sayville Theatre (former Novelty Theatre), designed by architects John Eberson and Drew Eberson, it opened on April 29, 1951. It is one of the surviving downtown theatres. Nicely maintained, the theatre brings you back to a simpler time before the multiplexes.

It’s one of the few theatres nowadays where for $12 you can get the movie ticket, a medium popcorn, and a drink all included.

Hi again Wally 75. Clearly you are related to Dotty since you have the same last name. Son? Husband?

CBDEBILL…I’m her son, I also worked for UA. Thanks for asking. The last place she managed was Northport be for she retired..

An ad for Heywood-Wakefield seating in the May 28, 1952 issue of The Exhibitor says that the Sayville Theatre was built for Associated Prudential Theatres.

Please update, it was triplex in 1982 and became a quad splitting the balcony in the late 1990s

Cineplex Odeon took control on August 11, 1989, kept until the merger with Loews