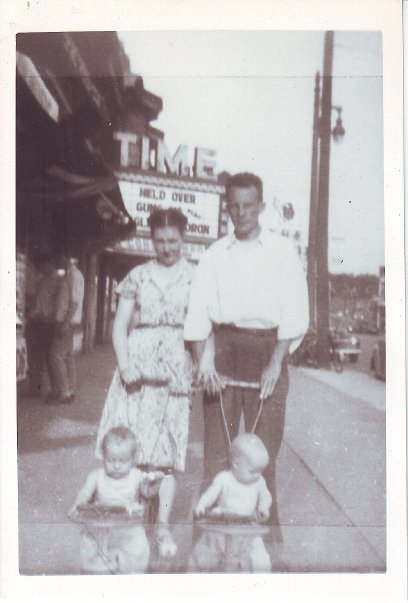 Located at E. Jefferson Avenue and Drexel Street. The Time Theatre was opened in 1940. It was briefly known as the Met Theatre before it closed in 1954.

I lived in the second house (west?) of Jefferson on Drexel, 1028 Drexel between 1947 and 1950 and attended the Time Theater a number of times. I believe the “grocery” next to it in the picture was “Winniger’s,” (not sure of spelling) and on the corner was Mooney’s bar. The Cinderella and Lakewood and Esquire Theaters were further north on Jefferson toward Alter Road. I also seem to remember a record shop in that block. At the time I lived there I was between the ages of 4-7.

My name is Philip Mooney. My father Richard, and his father Richard owned and operated Mooney’s Bar in Detroit! Thanks for posting this memory. The Lady Vanishes was released in 1938and Gung Ho was 1943.