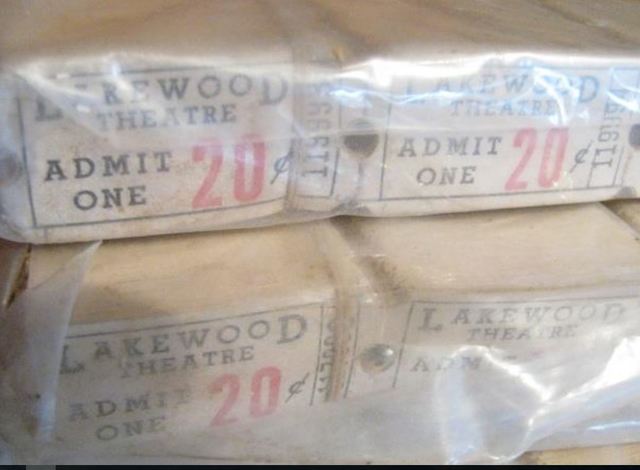 Located on the northwest corner of Jefferson Avenue and Lakewood Street in the east of Detroit, MI. The Lakewood Theatre was opened in 1915 and closed and demolished in 1958.

Lakewood Street appears to have gotten its name after this theater was built. Here’s an item from the “Construction Notes” section of the trade journal Paint, Oil and Drug Review of November 11, 1914:

“Detroit. Mich.—Vacant property at the northwest corner of Jefferson and Oneida avenues has been sold by Mrs. Bertha Cutler to a syndicate which will erect a $77,000 theater. Plans for the theater, which will be known as the Lakewood, are being prepared by Bernard Thulen.”

I can’t find an Oneida Avenue in Detroit today. It’s even possible that Lakewood Street was named for the theater, rather than vice-versa. I’ve not been able to find any other references to an architect named Bernard Thulen, either, so the name might have been an error.

There is a page for the Lakewood Theatre at Water Winter Wonderland.

The building at the northeast corner of Jefferson and Newport that we have taken to be the theater was not the theater. The Lakewood Theatre was at the northwest corner of Jefferson and Lakewood, on a lot now occupied by a small vacant building that once housed a tire store. The final report of Detroit’s Historic Designation Advisory Board for the proposed Jefferson-Chalmers Historic Business District (PDF here) says that the Lakewood Theatre was demolished in 1958.

The report also says that the Gothic-Art Deco building at Jefferson and Newport was the Vanity Ballroom, built in 1929 and designed by theater architect Charles N. Agree, which accounts for its theatrical look. The ballroom entrance must have been at the north end of the building on Newport Street, where the bare frame of a small marquee can still be seen.

I’ve also been able to discover who was the most likely architect of the Lakewood Theatre, though the name was so garbled in the magazine item I cited in my first comment. It must have been Ernest C. Thulin, who designed quite a few buildings in this neighborhood during that period. He designed at least two other movie theaters as well; the Harmony in Detroit and the Grosse Pointe Park in the suburb of that name. Thulin was the lead architect for a firm called the Building Service Bureau.