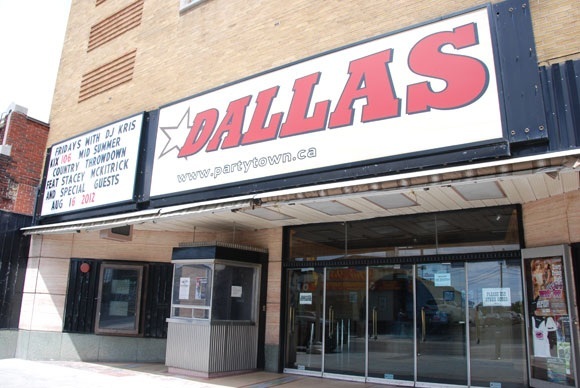 Opened as the Biltmore Theatre in December 1949. It was later taken over by Odeon Theatres (Canada) Ltd. and renamed Odeon Theatre. It is the first of three former Kitchener theatres which later became nightclubs. Little of the original interior remains.

If this is where the Stages Niteclub was then it is now closed even for that purpose.Many of the theatres on king street were changed into Clubs.This created a zoo downtown of drunks and drug dealers.All of the clubs are closed just like their predicetors and the downtown core is starting to clean up.