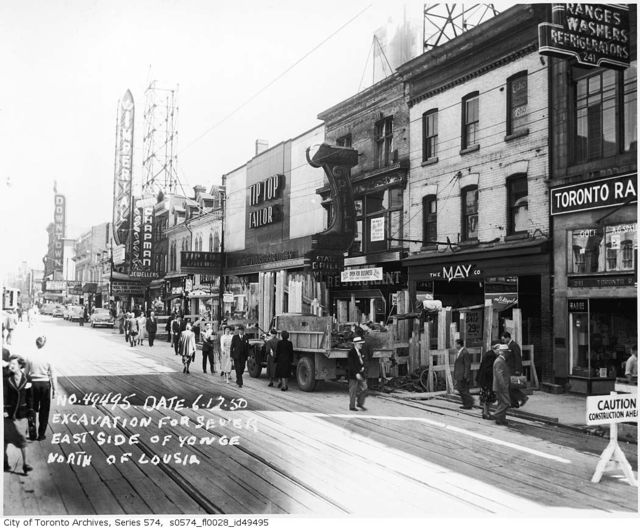 The Pantages Theatre was Canada’s largest theatre when it opened in 1920. It was equipped with a 26 ranks Warren theatre pipe organ. This 3,626 seat palace remained a single screen theatre in the Famous Players chain until 15th March 1930 when it was re-named Imperial Theatre. In June 1973 it was divided into six auditoriums and renamed the Imperial Six. Cinema 1 was between the front of the former balcony and the screen. Cinema 2 was the former balcony seating. Cinemas 3 & 4 were in the former backstage. Cinemas 5 & 6 were in the orchestra seating.

The Imperial Six was taken over Cineplex Odeon in May 1986 and was partially renovated, re-opening as the Pantages Cinema in December 1987. This closed in August 1988 and a full restoration project to return the building to a single auditorium was completed fully completed in September 1989.

The theatre was re-named Pantages Theatre again and was home to the stage musical “The Phantom of the Opera” for ten years. Now used mostly for Broadway touring companies, the theatre was renamed the Canon Theatre in September of 2001 and in 2011 was renamed Ed Mirvish Theatre.

Is not the main entrance on Yonge Street, 263?

Actually, no. As previous comments indicate, the historical main entrance to the Pantages was on Victoria Street; the Yonge Street entrance was actually a later addition (although constructed a long time ago now and well-blended architecturally into the original design). The Yonge Street entry actually takes one over O'Keefe Lane and then into the the original main foyer. Because Yonge is such a main thoroughfare, it is easy to assume the Yonge Street entry always was the main entry, especially if you are among those who recall the theater in its days as the Imperial 6 cinema.

Shouldn’t this now be listed as the Ed Mirvish Theatre? Name was changed over 2 years ago.

As you can see, telliott, it now is. But the last name used it not always the case on CT, for whatever reason.

Sorry, my mistake, I thought it was.

1964 postcard of Yonge Street added, Imperial Theatre to the right of center.

Link with photos of the Imperial and other theatres.

The Wikipedia page has quite the intriguing history.

Ed Mirvish was really a champion of theater in Toronto. He even built a theater so that the helicopter could fly in Miss Saigon. 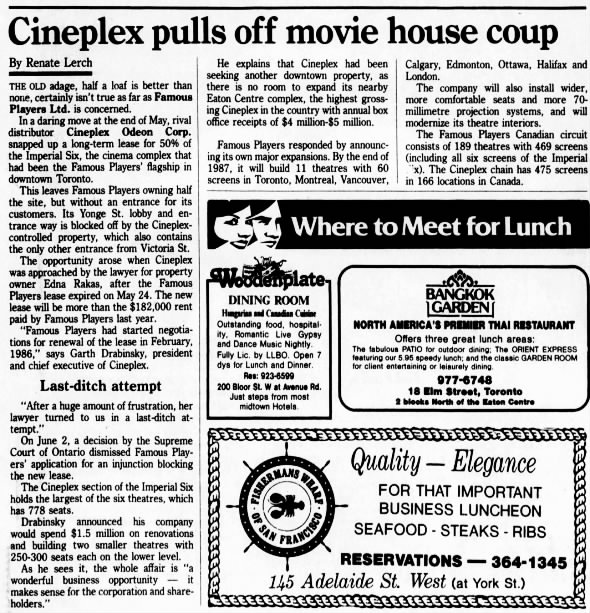