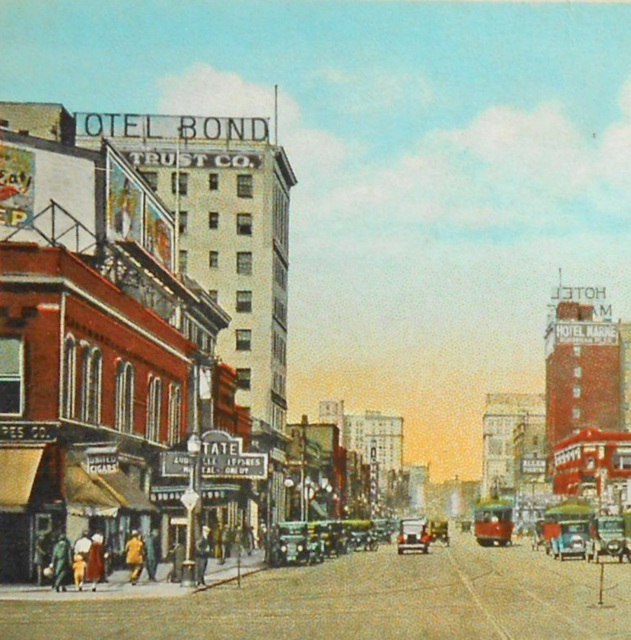 I have a postcard (late 1920’s/1930’s) showing the State Theatre. The building still exists, as well as the columned building next door. The three structures directly opposite it (on Main Street at East Exchange Street) are still standing.

Always a subrun double feature house, the State had its biggest run with the Gene Tunney v. Jack Dempsey fight in 1927. With demolition occurring nearby, the low point came when the ceiling crashed down August 13, 1947 when “The Man from Texas” was playing. Only four of 50 patrons were injured. The theatre finally ended its run in August of 1950.