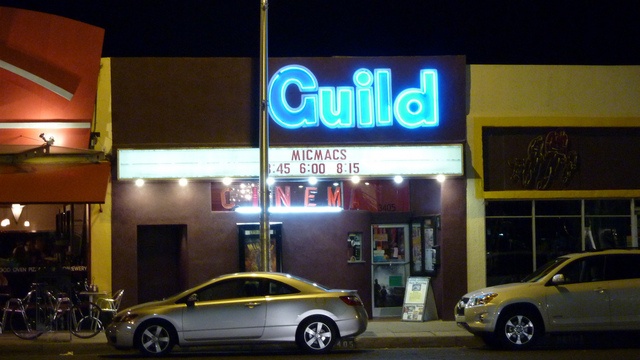 The Guild Art Theatre opened as an adult theatre on February 16, 1966, screening the Greek movie “Red Lanterns” starring Jenny Karezi. It was located in a building that had originally opened a few years earlier as a short-lived store.

The theatre was sold to new owners in 2004, who continue the Guild Theatre’s art house tradition. Today, the Guild Cinema is the only remaining independent art house in the Albuquerque area.

GUILD THEATER is a very popular theater with U.N. student, get lots of local TV news over some of the film events they do not play the run of the mill films

February 16th, 1966 grand opening ad in the photo section. It opened as a adult cinema by the owner of the Roxy Art theatre. Stopped adult movies in 1971.