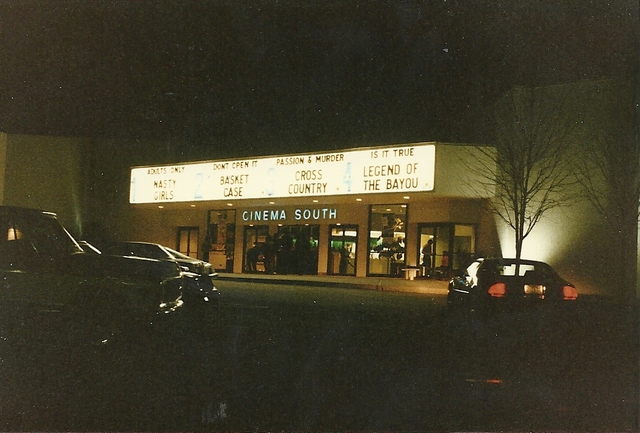 Consolidated Theatres opened the Cinema South simaltaniously with the Cinema North in July 1976. Carmike took over operations in 1989 and operated it until it closed in July of 1998. It later became a night club called the Outer Limit. The theater was demolished in late-2004 and a supermarket was built on the site.

When this theatre opened it was just known as Cinema South,and the theatre in Goodletsville was known as Cinema North,both theatres opened at the same time and were 4 screeners.Consolidated Theatres operated them at that time the booths had the first platter machines I had ever seen.

Very true Micheal,this is the theatre I saw Star Wars at.

The street view shows where an Aldi grocery store is now. This is where Cinema South used to stand. The correct address is 3760 Nolensville Road.

Cinema South was where I saw Star Wars in 77'. Actually worked there before it closed. Worked at Bell Forge 10(Remember when it was 6?) Saw Red Dawn in 84' there now it’s a Mosque. Was the flagship of Carmike for years. Saw Empire Strikes Back at Hermitage 4 and Martin Twin which were demolished. Hickory Hollow Cinemas is a Dollar Tree now and the mall is about out of business. Saw Return of the Jedi at the old Bell Road Cinemas which was demolished and Hickory 8 Cinemas was built there which is now a $1.50 theater.

I would say that 90-95% of movies I saw in the theater during my teens and 20s were at these theaters. Lot of memories, history, and fun over the years.

Another theater not listed is Hermitage 4(demolished). It used to be out there off Lebanon Rd. past THE HERMITAGE. I think it’s where the Krogers sits right before the Walmart. Only saw one movie there(Empire Strikes Back) for the second time. Sorry to go a little off topic but I really feel these theaters should be represented.

I saw Star Wars at this theatre more times than I would like to admit. I really liked this theatre design, as all of the theatres had large screens. I remember the tag line on the newspaper ad for Consolidated Theatres was “Theatres of the Future Now”.