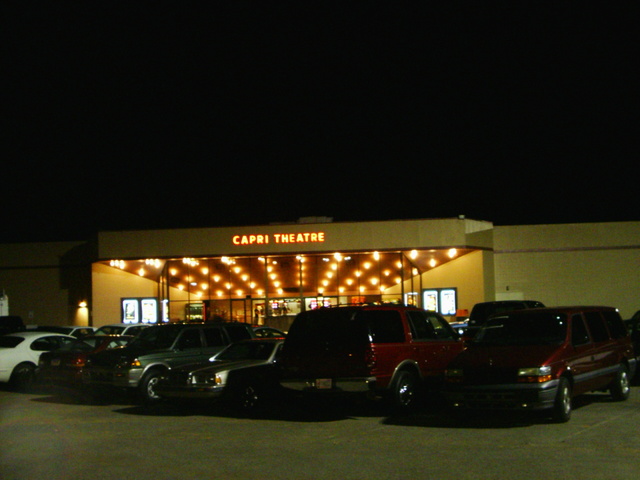 The Capri Twin opened in July of 1978 and was operated by Martin Theatres. It was located behind Regency Square Mall. The theatre was remodeled in 1983 and two screens were added.

Carmike took over operations in 1985. The last day of operation was September 19, 2004. The building was demolished to make way for more parking for the new Carmike that was built next to where the Capri sat.

Here is some information about the Capri 4:
http://tinyurl.com/6dwofk