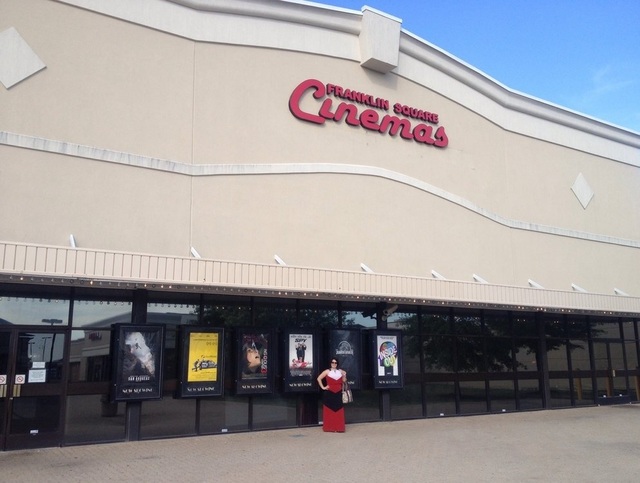 Originally opened in around 1973 as a twin Jerry Lewis Cinemas with seating for 600. The Franklin Square Cinema 6 is located just three miles from Chakeres Theatres Brighton Park Twin Cinemas.

Taken over by Republic Theatres in November 2013, it is being equipped with digital projection and will re-open in February 2014.

This theater played “Star Wars” in ‘77, so it opened at least a few years before the timeframe cited in the post above.

Don’t rely on the Internet. Use a primary source (such as original newspaper promotion) and you usually won’t go wrong.

Originally opened as a Jerry Lewis Theater around 1973-1974 and was sold to Chakeres in the late 70s.

The twin cinemas was expanded to 6-plex in 1992. The grand opening was in April of 1992. Movies during grand opening week were, Thunder Heart, The Cutting Edge, White Men Can’t Jump, Fern Gully, Ladybugs, and Beethoven. The expansion added 4 auditoriums with 156 seats in each auditorium. That same year the Starway Drive-In in Frankfort which was also owned by Chakeres was closed down.

Chakeres bought Franklin Square in 1974. Originally, it was equipped with two reel-to-reel projectors for each auditorium. In 1977, a single four-deck platter was installed and two of the projectors were relocated to the new Brighton Park Cinemas on the east side of town.

An article in the State Journal newspaper a few days ago stated Chakeres Theaters is going to shut down Franklin Square Cinemas in January 2014. This is really sad for Frankfort. I did some research and found out that the Chakeres never upgraded the theater to digital projection. The newspaper article was about a lawsuit, but I believe the lack of digital projection is the real reason its shutting down.

rkfrazee maybe you could convince Regal to come into Frankfort and build a modern mulitplex?

Republic Theatre took this location over November 1st, 2013. It’s been converted to Barco/GDC digital projection and new sound. Theatre will be reseated starting February 2014 with mid-back seats with lift cupholders. Remodeling will be done through out the 2014 year. Address location is incorrect. Post office changed the local address to 1303 US Hwy 127 South, Frankfort, KY 40601. Republic is trying to save some of the hometown locations in small market areas.