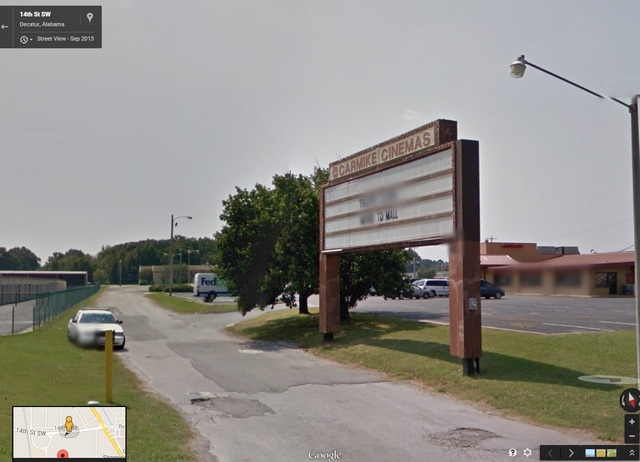 This theatre opened as the Century Cinema with four screens in 1982 by Fairlane Litchfield Theatres. United Artists took over operations of the theatre in 1987. Carmike then took over in 1990. In 1992 renovations took place with an addition of four screens.

The largest auditorium is about 44 feet wide and the others are about 32 feet wide. In one auditoruium it was equipped with DTS sound and the others have standard optical surround sound. The theatre seating features comfortable high back chairs.

This theatre is still operating, but is in sad disrepair.

Carmike will close this theatre in 2012 and reopen in a remodeled store at Decatur Mall.

This theatre is now closed.