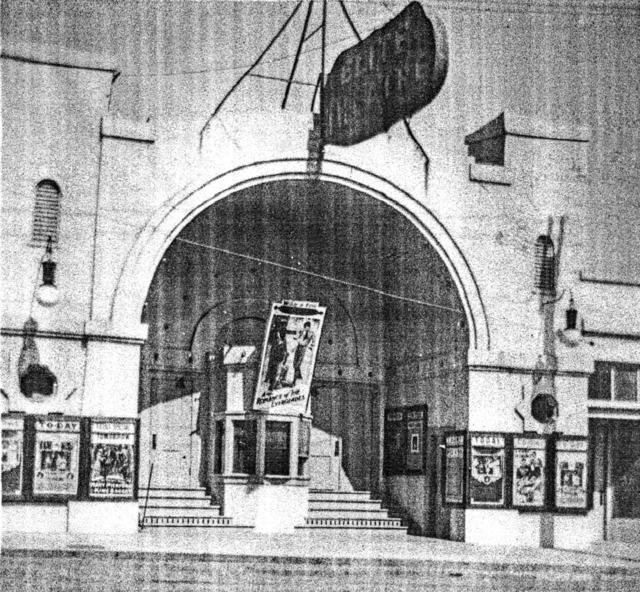 Located in North Berkeley. The Elite Theatre was opened in spring of 1914. It had closed by 1926.

It was located at 1507 Shattuck Avenue, Berkeley CA

This would place it about where the former Dale Stanford building is today, which means it was likely demolished years ago, possibly to make way for that structure.

There is a picture of the Elite on the front page of the winter issue of the Berkeley [California] Historical Society Newletter.

This would be at the corner of Shattuck and Vine. There is a multi-story building on that corner now that has an Earthly Goods store facing Vine Street.

The picture mlind mentions above is now in the photo section, thanks to the Berkeley Historical Society for allowing its use. A little research shows that it was taken on July 30,1914, the second day of a 2 day showing of “A Romance of the Everglades”. The poster announcing the following day’s feature to the left of the entrance while mostly unreadable, does show it featured Mary Pickford. I’m also uploading an advertisement from the Berkeley Gazette for the showings of “Romance”, and the following bill, which featured Pickford in “The Sultan’s Garden.”

The January 4,1913 issue of “Motography” carried an item that F.E. Armstrong was going to erect a motion picture theater in Berkeley on Shattuck Avenue near Vine Street at a cost of $10,000. The next mention I could find was an ad in the Gazette for the Elite’s “Grand Re-Opening” under new ownership and management on June 18th, 1914. The July 11th issue of “Moving Picture World” mentioned the re-opening, commenting that the Elite had been dark for several months prior. Owner/operatorship changed twice more that year. The Elite was listed in the 1914 and 1915 City Directories.

The building doesn’t appear to have been demolished but extensively rehabilitated, currently housing an upscale food court which features an outdoor garden. Part of the original structure visible in the garden reveals masonry that could well date back to the time the theatre was built, and structure is tall and long enough to have once housed an auditorium. In addition, the entrance on Shattuck still seems to have some of the old arch incorporated into it.