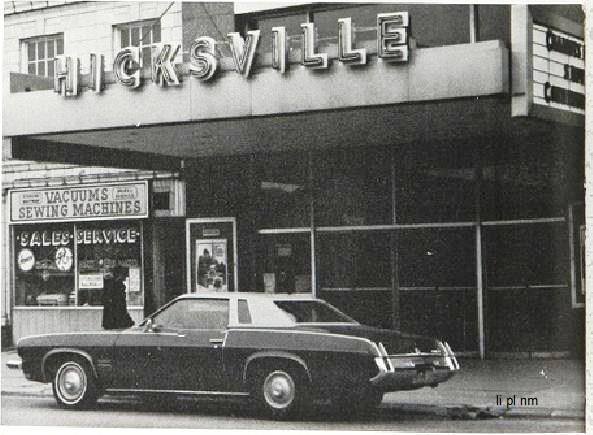 Opened by 1929 as the Hicksville Theatre when it was operated by Playhouse Operating Co. By 1950, it had been renamed Playhouse. Great neighborhood theater near the Hicksville train station. Not sure exactly when this stopped showing first run films but I know I saw “Aladdin” there in January 1993. Became a Bollywood theater in the late-1990’s for a few years before closing completely around 2000.

Last time I drove by it looked like the building had been converted to retail. The theater had a lot of history surrounding it. I believe “A Hard Day’s Night” played there in 1964 and the ensuing pandemonium made the newspapers.

The building is now in use as a church.

To the person who recently put two photos on this theatre. Wrong theatre. They were of the theatre listed on CT as Fox Plaza Twin. That theatre was originally known as Mid-Island Plaza Twin North and South. The first picture you put up showed a portion of the Twin North signage. The second picture was the auditorium in on of these. You can tell by how new it looked. I don’t recall the former Hicksville, subsequently twin, ever looking new even when they put in the dividing wall. The pictures have been deleted from this, the incorrect site, but the CT people can’t load them where they belong. That is up to you. No need to respond. When I see the pictures in place I’ll remove this comment. Thanks.

The Hicksville had the marvelous style of the old time theaters. Even though it was mostly a second run house showing double features for 75 cents to $1, it has a sculpted ceiling and assorted gingerbread and tapestry curtains. As a kid it was fun to browse at the Trading Post next door.

I saw “A Hard Day’s Night” here in 1964…the girls were screaming so loudly, the manager went over the PA to try to quiet everyone down, threatening to turn off the movie! I’ll never forget both the greatness of the movie, as well as the pandemonium!

I went here with some friends when it was still a single screen. The cashier, who must have been ten years old, ha ha, asked if we wanted the senior rate. Although now I’m overqualified, I, and we, weren’t then.

Does anyone remember the world premiere for the horror movie DAY OF THE DEAD happening here? (UA Hicksville, Marie street) The date of the showing was June 30th, 1985.

Was here once with a couple of friends. Cashier looked to be twelve years old and assumed we all were seniors.