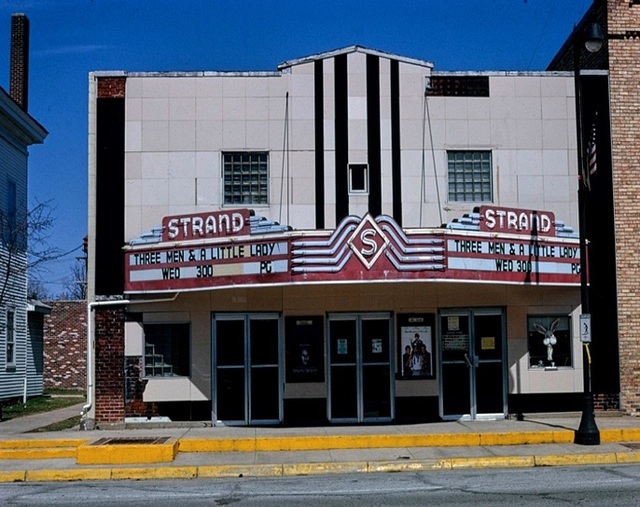 My favorite place to go to see movies. They have the cheapest tickets for some of the best movies. Mondays and Thurdays are $1.50 nights, Fridays and Saturdays are $3.00 nights, and Sundays are $2.00 nights. Seniors get in at $2.00 on $3.00 nights and children 12 and under always get in for a $1.50. Adults always pay whatever the price for that night is. They play movies more or less a month after they come out.

Their sound system isn’t blasting your ears off and there aren’t seats that are so close to the screen that you can’t see. They recently got a different projector and the old one from the fifties is sitting in the lobby. There is one screen and sometimes the projector will black out and we’ll miss a few seconds of the movie, but I don’t care.

They told me that the theater was built in 1927. It has some old seats and some seats are duct taped because of holes. A couple of seats in the first row are missing their bottoms. It has a balcony and I think it says 307 people can fit in the entire theater.

It’s a family-owned business and has the father, wife, and daughter working there.

They play second-run movies, they have a film festival once a year, and one time they had a band come in and play sound to a silent movie.

Another of P.J. Chmiel’s photo’s of his hometown theater:
http://www.flickr.com/photos/pjchmiel/305200874/in/photostream

Wishing all the best to Casey and Amy and the Strand Theater from all of us at Theatre Historical Society!