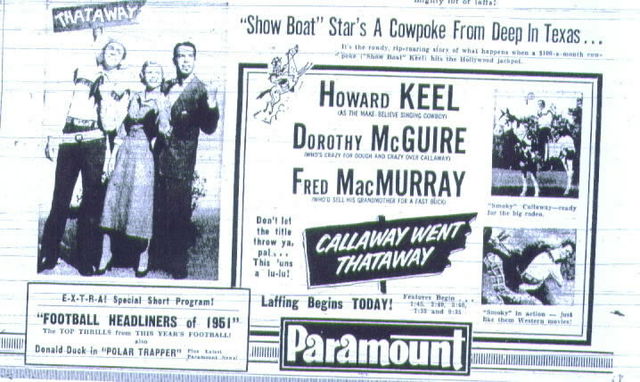 The Paramount Theatre was constructed in 1930 on the corner of Washington Avenue and 29th Street in downtown Newport News. It was built on the site of the Academy of Music. It was opened October 2, 1931 with Nancy Carroll in “Personal Maid”. It was operated by Paramount Pictures Inc. through their subsidiary M.A. Lightman. A 3/10 Barton theatre organ (stop for stop identical to a Wurlitzer of the same size) was installed in 1931 and was opened by organist Bob Hess from Detroit, MI. Later house organists were Sid Lindsey and Gladys Lysle. I had the pleasure of meeting Gladys in the 1960’s when I was playing an electronic theatre organ at another venue. I also had the pleasure of playing the Barton organ on Saturday mornings while the maintenance people were getting the theatre ready for the first show (11 AM as I recall).The organ was maintained by Dick Charron who was a good theatre organist. The organ was sold in the early-1970’s and went first to Maryland, then Kansas City, and finally to Las Vegas.

The Paramount Theatre featured seating on a stadium plan, with a raised section at the rear rather than an overhanging balcony. I fondly remember the drink machines on the second level where you put in your nickel, then watch the cup drop down and then two jets (carbon dioxide) and (the flavor desired) mixed together. Occasionally the cup would not center and you’d watch your drink go down the drain!

The Paramount Theatre closed in the late-1970’s and was demolished around 1990.

lost memory, where did you get that picture of the pass? I may have donated a pass like that to the Newport News Historical Society

Mr.Memory,you never fail to amaze.How the heck would you ever stumble across a 1965 year book page?Sometimes you’re scary.Not retired from the NSA?I guess you’d have to kill me if you told me.

Hello everyone. Can anyone please help me find An Elvis Presley concert poster from his show at the Paramount Theatre? The date was 2/13/1956. I am willing to pay top dollar. Or if you guys could help me contact someone who might know where I could find one of these? An original? My contact info is:

Its a shame that the paramount is no more. My dad used to see elvis movies there all the time. Thanks for your time.

Barton Op. 350 of 10 ranks and three manuals was originally installed in the Paramount Theatre in Newport News, Virginia. It has the distinction of being the last instrument shipped from the Barton factory in 1931. It was later installed in a theatre in Alexandria, Virginia for a few years, moved to the Midwest where eventually the organ was purchased by the Granada Historical Society and installed in the Granada Theatre in Kansas City in 1986 and had 11 ranks added to it. The Granada Theatre closed, and in 1997 it was purchased by Phil Maloof and installed in his Music Room here in Las Vegas. About the same time the six-manual console from the Barton 55-rank organ in the Chicago Stadium (which was torn down to make way for the new United Center, the pipes of the instrument were never relocated to a new home, and while in storage, 75% of the organ was destroyed in a fire) was also purchased by Phil Maloof and was completely restored and connected to operate the Barton Op. 350. The original console has also been retained. Another 10 ranks were added making a total of 32 ranks. In addition the organ has some “classical” ranks added bringing the total to 43 ranks. Bob Maes was the principal technician responsible for the current installation.

According to local City Directories and historical books:

The Academy of Music operated from 1900 to 1927. It was demolished and rebuilt as the Paramount in 1931 and operated until 1978 when it closed due to a lack of business. A story about the opening of the Paramount in the Oct. 3, 1931 Daily Press states the seating as 1350.

The Paramount opened briefly for a short period but again business caused it to close it doors again. It operated from 1980 to 1981.

My Mom, Jean Vanderlick, saw Elvis in Newport News February of 1956, but my Aunt said it was at the Palace, and not the Paramount. Does anyone have information on this?

tjmonty, check out the photo page on this site for the Paramount and you will see an ad for the Paramount advertising Elvis. Check it out. Just go to the top of this page and click on the tab labeled Photos right above the picture.

I posted in the photo section a picture of the front of the theater when Elvis performed in 1956.

I just posted a great shot of the Organ that Gladys Lyle played for so many years. A friend sent it to me. What a find.

This opened on October 2nd, 1931. Grand opening ad in the photo section. article: