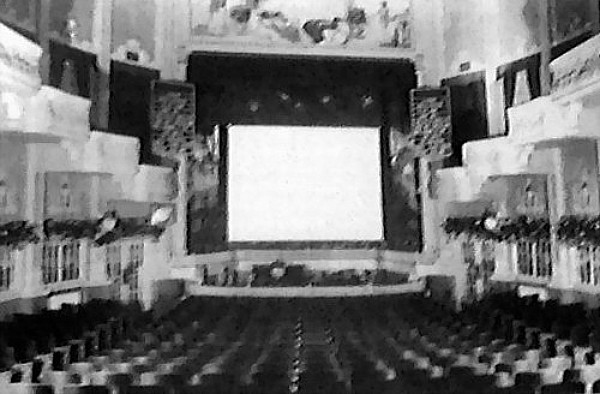 Michigan Film Review of June 4, 1918, had this to say about the Strand:

“Lester Matt, of the Strand theatre, Flint, is planning to add a balcony that will increase his capacity 600 seats. The Strand is doing a phenomenal business despite the warm weather.”

The Strand is one of thirteen theaters listed in the 1915 Flint City Directory. Here is the list:

Strand Theatre The, 507-509 S SaginawA list of theaters designed by George J. Bachmann, published in the 1949-50 Theatre Catalog, includes the following theaters in Flint, with the year he designed them. Some of these might have been remodeling jobs:

The October 9, 1915, issue of The Moving Picture Worldpublished this description of the recently opened Strand Theatre:

“THE Strand Photoplay Corporation has opened the new Strand theater, at Flint, seating 540. The plans were made from the ideas of Lester E. Matt, secretary-treasurer of the company, who with Mrs. Delia Matt, vice-president, controls four-fifths of the stock. It is of fireproof material. The entrance is in mahoganized birch and the walls and facade are of stucco. The auditorium is in cream and white. The semi-indirect lighting system is used. A three-piece orchestra will furnish music. Lester E. Matt will be manager, A. J. Abbenante, musical director; Albert Brogan, operator; B. M. Berts, assistant operator, and Miss Stella Johnson, cashier.”