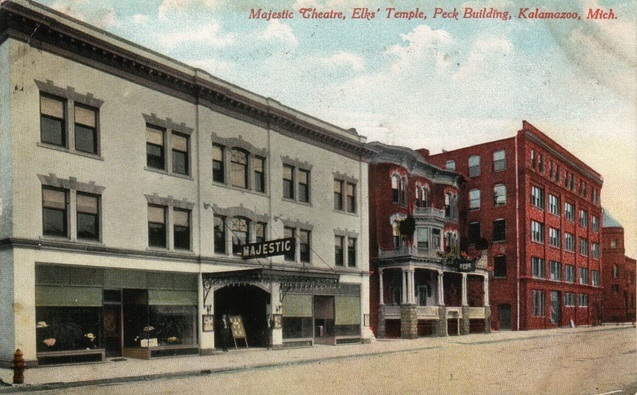 Opened on November 18, 1907 as the Majestic Theater, with 1,248 seats. It was re-named Majestic Gardens Theater in 1918. It was badly damaged by a fire in 1923, and reopened in 1924 having been renamed the Capitol Theater. It was closed in fall of 1976, and the building was demolished to make way for a parking garage.

“The building was demolished to make way for a parking garage.” Shame!

According to the Kalamazoo Gazette, the theatre opened in 1907 as an early venture of W. S. Butterfield. Then known as the Majestic, the structure cost $45,000 and was built to seat 1240.

In 1923 fire swept the theatre, then known as Majestic Gardens. In 1924 the theatre reopened as the Capitol.

The name change from Majestic to Majestic Gardens occurred in November 1918.

Architect was John Eberson. Theatre not an atmospheric.