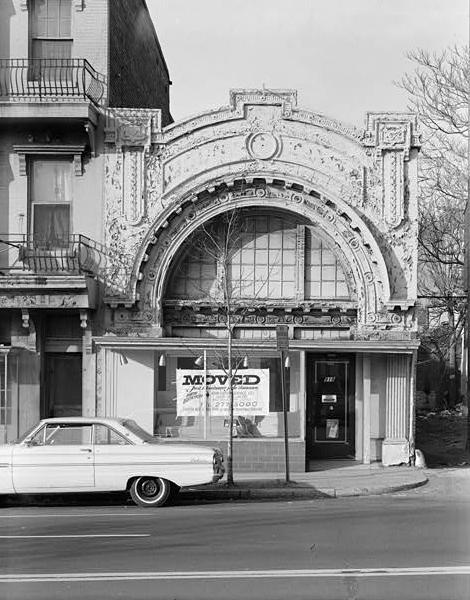 This early nickelodeon was built in 1910 by the architecture firm of A.B. Mullett & Co. (Thomas Augustine Mullett and his brother Frederick William Mullett). It was located near Washington, DC’s Mount Vernon Square and operated for a mere three years, closing in 1913. It later served as a saloon, restaurant, light factory, coffee roasters, and a number of industrial uses. It was demolished in 1982.

Its facade was made of pressed sheetmetal and coveed in stud lighting, as in many nickelodeons.

Much more information, including some great photos, are available on the Library of Congress' Historic American Buildings Survey website at memory.loc.gov under the “Mount Vernon Theatre” heading.