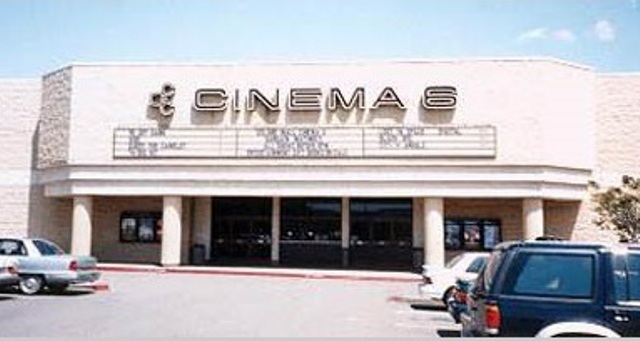 This long-shuttered theater was recently (Summer 2006) demolished to make room for a new 24 Hour Fitness gym at the Solano Mall.

After the cinema closed, a company called Fright Planet “World of Fear” produced a haunted house inside the theater that was open from 2004 to 2005 during the Halloween season. Reports came out that when setting up the haunted attraction, it was quite apparent that the building was actually haunted. The ghost of a former employee that is reported to have hung himself in the second story on the last night the theater was open to the public. Looks like he was so depressed that he had lost his job, he couldn’t go on. A ghost of a little girl was also reported by haunted house cast and guests alike.

An Edwards theater is in the mall

@ the keeper, no way! I haven’t heard about that. I worked there from ‘98-'99. I happened to quit the year it ended up closing because of school. Glad I have mostly great memories of this theater. I miss it!

This theater was a Mann Theater but GENERAL CINEMA OPENED IT ANOTHER PART OF THE TRADE OF THEATERS G.C.C. AND MANN

I frequented this theater while stationed at TAFB in the earlier 1990’s. One memory I have is when 5 of us when to the theater in a friends Nova it ended up breaking down in the parking lot and we had to call a friend to pick us up he showed up with his girlfriend in the car so there were only 4 seats and 5 of us so it was decided that the one guys girlfriend would sit on his lap but she was mad at him so she said she wanted to sit on my lap instead. I harassed him about it all the way back to the base.