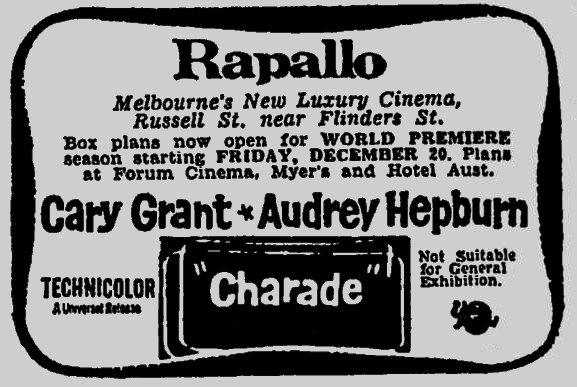 The Rapallo conversion of the State Upper Circle opened 20th December 1963 with “Charade”, however it was not the ‘world premiere season’ as advertised – the film had actually opened two weeks earlier at the Radio City Music Hall, NYC.