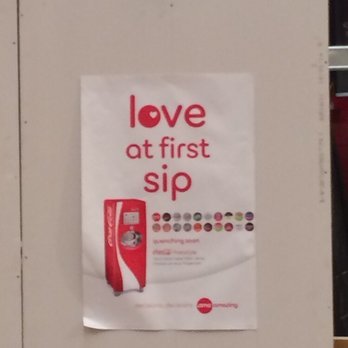 The theater itself is OK. All of the auditoriums have stadium style seating but some are kept up better than others. If you are unlucky enough to see a movie in one of the smaller theaters, the screen can be dark and or torn. In the larger auditoriums where the BIG films premiere, the conditions tend to be a little better.

This is NOT a very memorable place to see a film. It’s prime objective is to get as many people in and out as fast as possible and to clean the theaters as well as possible without delaying turnaround. Service from the staff runs the gamut from mediocre to borderline rude to outright displays of hostility (I had an attendent at one of the concession stands act so nastily to a customer on line ahead of me that I got off the line…another attendent who came into the theater to sell popcorn and such from a cart was actually talking to a friend on his cellphone connected with an ear and mouth piece. The whole time he was getting my stuff, he was just chatting away!!)

The thing that makes this theater OK is that the largest auditoriums are awesome and the sound quality is very good. Saw the final installment of “Lord of the Rings” here last year and it was incredible. Don’t waste time seeing smaller, art house fare here. You’ll end up in the smaller theaters that are not kept up as well.

The theater probably posts decent boxoffice numbers but it’s management is doing the least to maintain it and the staff there act as if they could care less. You’ll get a better reception at your local McDonalds. In 2015 Screen 10 was converted into an IMAX theatre.

I worked at City Center for a short time after the retrofit. They did a quality job. Moved the screen up about 30 feet closer and lost 120 seats, but it was nice. Havent been there in 10 years since I left.

While I certainly appreciate the recent modifications, such as reclining chairs, there are other aspects that are wanting. We went to see the new Star Wars film a week ago, and it was a very unpleasant experience – the sound levels, especially during the commercials (too many of those for years!) and Coming Attractions were deafening, and during the film itself were ridiculously loud. During the promos, the sound was so loud that the speakers were distorting. I complained to the service desk but nothing was done. I certainly like the idea of the recliners and being able to reserve a specific seat, but I like my hearing too. I’m planning on going to the Nanuet Regal in the future – during my visits there I felt more like a guest than a revenue source.

This theater was ahead of its time when it opened in 98 and had some competition. Now it has a new one in the name of Regal.

This opened on April 3rd, 1998 as the Tri-State Area s largest movie theatre. Its grand opening ad can be found in the photo section for this cinema.

Soon to be surpassed by the AMC Empire 25 2 years later. I remember reading about it in the local paper back in high school.

Construction work was in the final touches on this theater 20 years ago this year before its grand opening in April 3rd.

This theater certainly has changed. I remember when it used to be a Loew’s and then an AMC/Loew’s. I remember this place used to have an arcade and multiple food stands. But now, it’s simply an AMC with awesome recliner seats, Coke Freestyle machines, and the IMAX theater is inside the AMC, sort of like Garden State Plaza. Still love coming here!

I meant Screen 10 was turned into a IMAX on June 5, 2015 two weeks after they closed down the old IMAX theater across the Mall. First IMAX movie they played was San Andreas. Sorry for my grammar in my last comment.