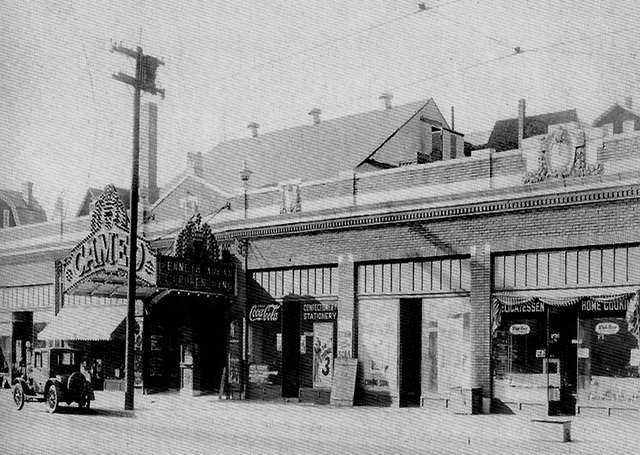 The Cameo Theatre opened prior to 1926. By 1941 it was operated by Warner Bros. Circuit Management Corp. It was badly damaged by fire in the early-1950’s. The building is now the home of Neelam’s Indian Restaurant and S & S Beauty Supply.

Teresa Wright had told me that she would visit the Cameo often, as a young girl, when she had lived in the area.

When I went to junior high school in South Orange, the science department had a skeleton that was found under the stage of the Cameo theater.

They never solved the murder, but it sure was cool to touch a real skeleton in 7th grade science class.

The Cameo was destroyed by fire in the early 1950s. The building was torn down.

Quite clearly the lobby building and at least the shell of the auditorium are still there. http://www.cinematour.com/tour/us/31444.html

Roger- I compared your photo to an old one in which The Cameo appears. If you go by the facade, they appear to be the same. I was always told that the gap between the buildings was where The Cameo had stood. Growing up on Valley & First Streets, The Famous was on one side – The Village Pantry on the other. Do you know what was in that location?