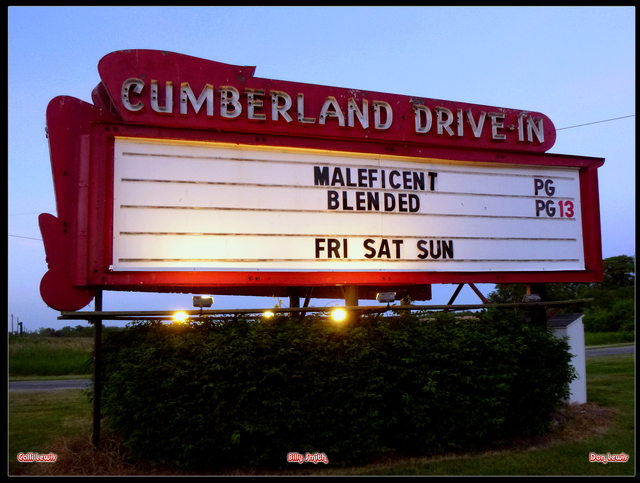 The Cumberland Drive-In opened August 1, 1952 with Betty Hutton in “Annie Get Your Gun”. It remains open today. It has a capacity for 300 cars.

Here is another photo:
http://tinyurl.com/y7nr28r

The Cumberland Drive-In has made the conversion to digital projection.

As The Sentinel of Carlisle PA put it later, 28-year-old Donn Mowery’s indoor Newville Theater was destroyed by fire and he “took the insurance money and built the drive-in on the only road between Carlisle and Shippensburg at the time, Route 11. Because of the prime location, the drive-in prospered.” It’s been in the family ever since, (Donn was still in charge in 2003), and its marquee looks the same as it did when advertising the 1952 movie Bloodhounds of Broadway.

Based on articles in the weekly Newville Valley Times-Star, the Cumberland’s opening night (delayed twice by wet weather) was on August 1, 1952, showing Annie Get Your Gun.

On March 17, 1973, the Cumberland’s concession stand was damaged by a fire after being struck by lightning, destroying some appliances and fixtures, causing an estimate $30,000 in damage. Reports from the area’s fire department say that the storage room was severely damaged, while the concession stand itself was partially damaged.