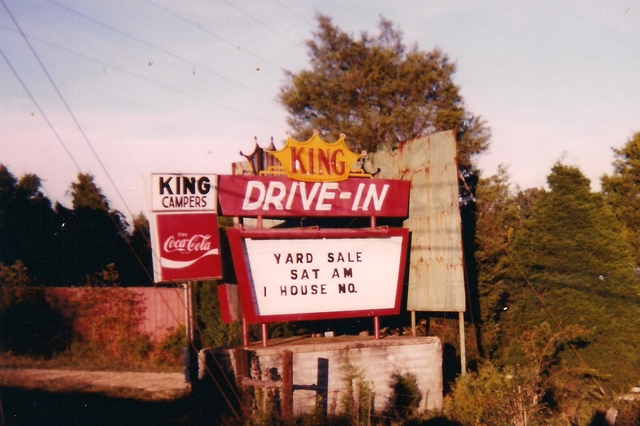 The King Drive-In opened in 1949 and remains open today. It has a listed capacity for 200 cars.

The name should be just King Drive-In, it is not plural according to their facebook page. The King Drive-In, which opened just a month after Hatfield, lays claim to being the oldest continually operating drive-in theater in Alabama and still operates today. The King Drive-In is still open on Highway 43 in Russellville. For more than 40 years, it was operated by the original owner, A.L. King, or his son, Morgan King.