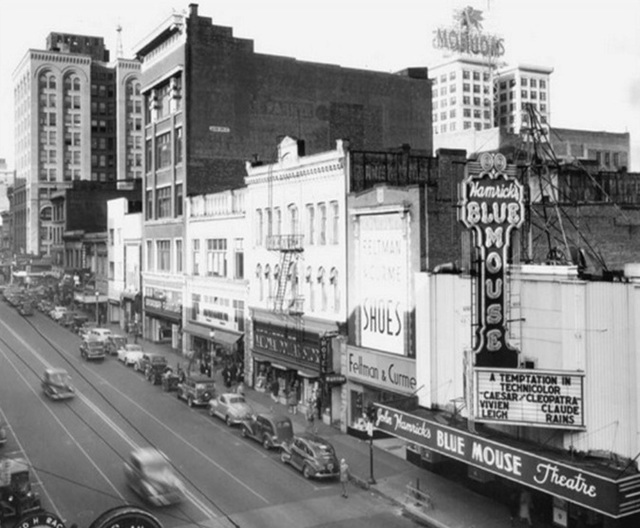 Its sister theatre, the Blue Mouse “Junior” opened on Proctor Street in 1923 (it has its own page on Cinema Treasures). In 1960, the Blue Mouse Theatre was demolished to make way for a new street escalator.

This theater was also known as the Paramount in the 1920s.

The Blue Mouse got an Art Moderne makeover in the mid 1930s, according to an item in Boxoffice Magazine’s issue of March 9, 1935. A photo shows the new facade, featuring a building-wide marquee that sported the name “John Hamrick’s BLUE MOUSE Theatre” with Blue Mouse in block letters and the rest in cursive script, all set with neon. The article says that the entire project was handled by a theatrical outfitting company from Seattle called B.F. Shearer Company.

Sadly, even the building is no longer there.