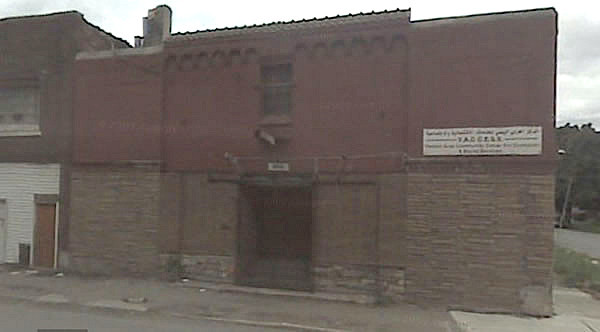 This was my mother’s neighborhood theatre when she was growing up. Through searching for the address on the web, I found out it is currently home to an Arab-American Legal Association. Google Maps will only look up approximate addresses, so it got me closer to the correct building. I went into street view and panned up and down the street. Finally, I found the building. It has a faintly readable sign with some Arabic writing and the abbreviation Y.A.C.C.E.L.B. or something like that. To map it in Google, type in 8730 Mount Elliott, Detroit. Click on Street View and then click the left-rotating arrow in the upper left hand corner of the street view image three times to look at the other side of the street. The building has dark red brick on the top and beige brick on the bottom (probably added later). Of course, the marquee is not there, but it doesn’t take much imagination to see that this was a theater. I’m so excited to have found this and to be able to share it!

Boxoffice of December 15, 1951, reported that the Oliver Theatre was one of five Michigan houses being dismantled.

This theater has undergone renovations and is now home to a church.