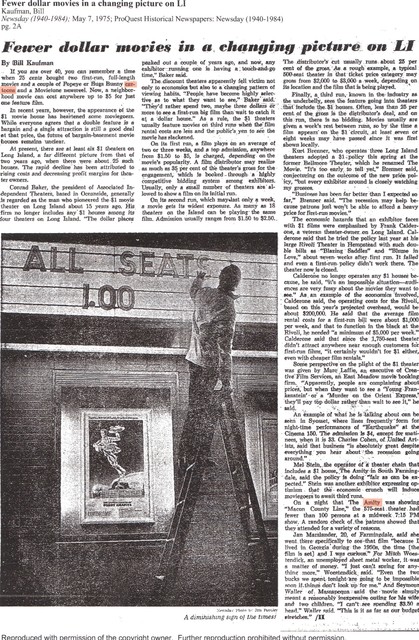 The Amity Theatre was opened in 1959, and was part of the Associated Independent Theatres Inc. (A.I.T.) chain. It was located in the Inter-County Shopping Center (a strip mall) in South Farmingdale, on Long Island. Like all A.I.T. (they all looked identical) it was a simple no frills house. It burned down in 1967.

It reopened with a new powder blue façade and a sub-run showing of “The Planet of the Apes”. In the 1970’s it became a 76 cent bargain house and was still open in 1975. Then, closed and the shopping center was demolished.

Bands playing in the lobby? When was that? I was there a few time- Support Your Local Sheriff and Blazing Saddles. No band.

Bands played in the lobby before the 1968 fire…local bands played before the show, and on occasion, they would take the stage after the show. It had to be 1965 1966. Not a regular thing but the place would be packed when they were there. The manager was very cool Mr. Switzler. I remember the song “On Broadway” being played. Does anyone else remember the bands? Only those over 50 would.

Does anyone remember when the Amity movies at Intercounty Shopping Center would run cartoons all day for free on every December 24th. This was paid for buy the Intercounty stores so the parents could shop all day. Don’t see that anymore.

After the fire it was called, I believe, Studio 78

As you can see from the “in course of demo” picture the theatre was fairly large; very long. I don’t recall a balcony. That wasn’t common place in an AIT venue.

Paul, it would have been possible for you to reenter your comment correctly and then delete the erroneous one.

Blazing Saddles and Support Your Local Sheriff for me. 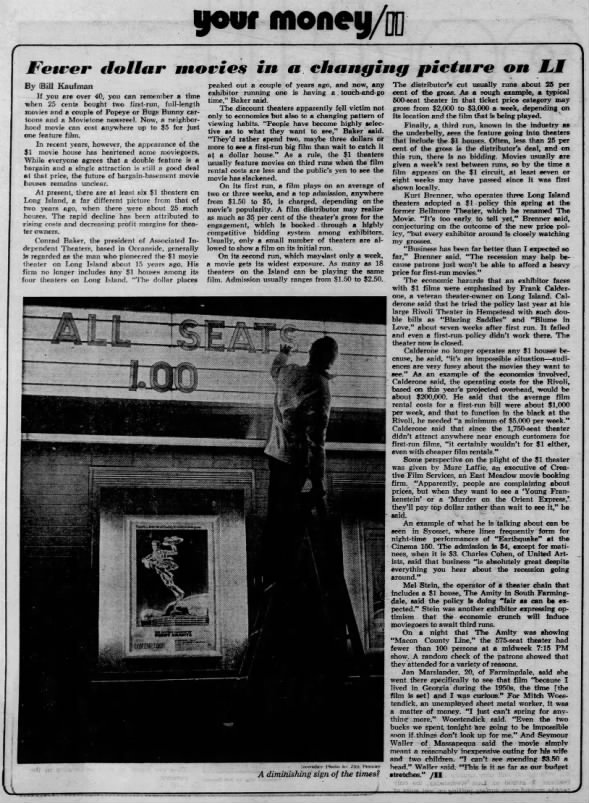