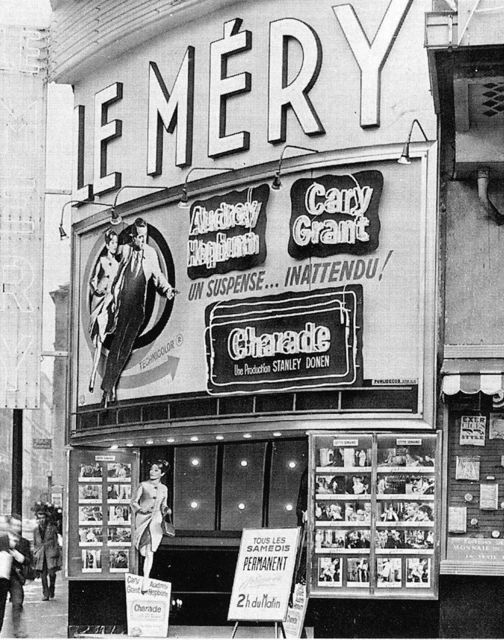 Built in 1935 in the basement of a huge Art Deco apartment building which included a big brasserie and a night club located at the first floor. This opened on 24th October 1936 as Le Clichy Cine and had seating for 345 on a single floor. It was closed in 1963.

In 1965 it was given the name Le Mery Cine after the name of a new owners wife. A huge name sign and poster sign are over the entrance with the cash box at street level. A deep stair-case leads down to the square auditorium which was renovated to seat 250 in the 1960’s becoming a first run movie theatre.