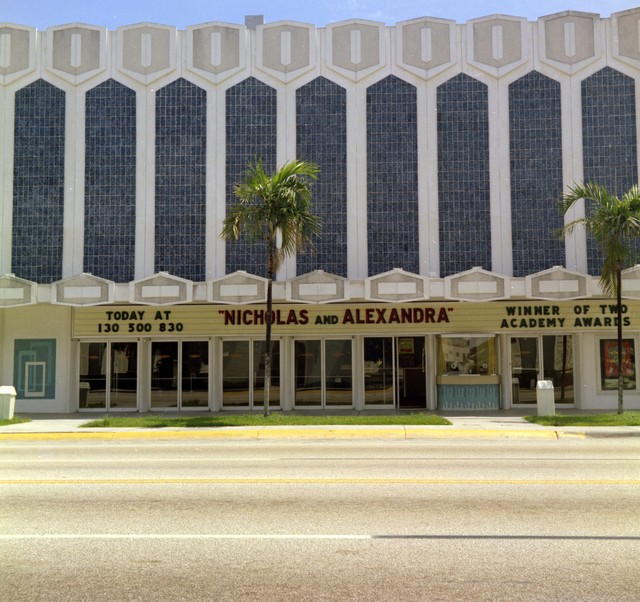 Opened as an independent theatre on February 18, 1966 with Sophia Loren in “Judith”. The single screen 972-seat house Bay Harbor Theatre was a mid-sized theatre with plush rocking chair seats. The marquee was set against the building. By 1969 it had been taken over by Loew’s, the theatre played exclusive engagements of “The Lion in Winter” as well as “Oliver”. In 1980 the theatre was twinned. I remember seeing “War Games” at the theatre.

After that I left the city and the theatre was split into four auditoriums on July 3, 1987. Its hard to imagine this theatre as a four-plex since each auditorium must have been quite small. It was closed on August 3, 2000.

scott. i do remember you. this IS jeff platt. I was blown away when I saw this picture of me . now 72. I had no other pictures of me from my younger days.THANK YOU. why don’t you e mail me jeffplatt2@gmail.com

It is amazing how time can eventually bring people back to where they began. I ushered at the Bay Harbor theatre back in 1974 and worked with both Scott and Jeff. I have also remained friends with Al Alvarez who has posted on this site. The Bay Harbor was the most elegant theatre in it’s day. It was great having the upstairs balcony all to yourself when the movie was running. It was also the day when some theatres had soda machines as well as a concession stand, but the coins in the soda machine always got stuck, memories. I did go back once when the theatre was converted to a fourplex, that was the end of an era.

I believe this shot is from Boxoffice and the marquee is displaying “The Group” as the feature so this places it somewhere in the first month or so of operation.

Arthur Porchert was the architect for the first new Miami Beach theatre in 15 years. It was built for Maurice Revitz and Sol Frankel with a $50,000 waterfall in its atmospheric lobby along with a 22 foot long chandelier. The $500,000 cinema also had a 20' curved snack bar and a 23'x54' Technikote Pearlescent screen. It launched February 17, 1966 with Sophia Loren in “Judith”. 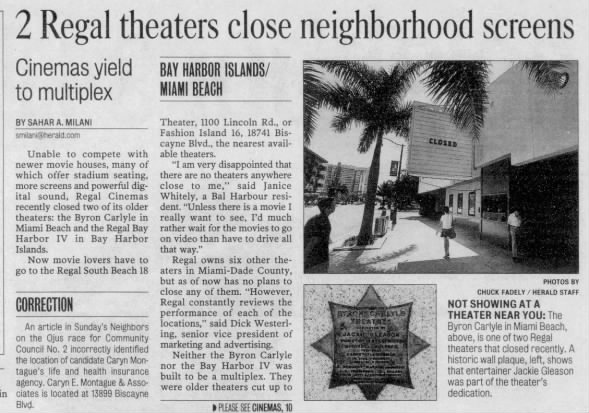 Does someone recall the year that it was twinned? If my memory serves, it was in the early 1980s. Perhaps 1981 or 1982. I remember seeing some films in 1980 but I think it was still a single screen venue at that point.

I am trying to find out more information regarding Jack Blum the theatre manager from 1972-1975. I believe he was a Loews lifer. If anybody knows whether he had any family, please let me know.