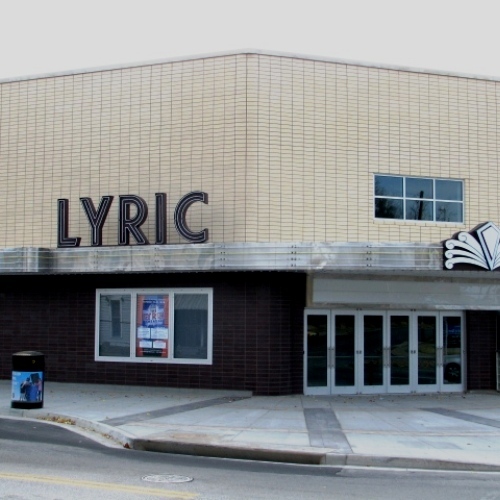 The Art Deco style of the Lyric Theatre and it’s marquee lit up the corner of E. 3rd Street and Elm Tree Lane at its opening on December 14, 1948.

The Lyric Theatre’s decline began with the integration of Lexington’s other theatres and it closed in 1963.

The property became part of a dispute between a private owner and Lexington-Fayette Urban County Government, which sought to condemn it in order to bring the property into the public domain and restore it to usefulness in the community.

The Lyric Theatre was reopened as a performing arts center on October 30, 2010.

Functions should also include: Movies (classic)

The Notable Kentucky African Americans Database says this of the Lyric Theatre (about 1/3 of the way down this web page under the heading “Early African American Theaters in Lexington, KY”):

“In 1947, the American Theater Corporation in Indianapolis opened the Lyric Theatre at the corner of Third Street and Elm Tree Lane in Lexington. When the theater opened, it was billed as ‘the nation’s finest colored theater.’ There were movies and live entertainment from greats such as Big Maybelle, the Oreos, Dizzy Gillespie, Cab Calloway, and many others. The Lyric Theater closed in 1963….”

According to the trade press and local paper, A. Edward Campbell opened the new Lyric Theatre on December 14, 1948 with a film and festivities to African American audiences likely on a 15-year lease. The booth had two Motiograph Model AA projectors, Motiongraph Mirrorphnic sound with Altec Lansing speakers, and Radiant Perfold screen. It also had a cry room. The theatre’s entertainment included second-run double features, first-run and second-run African American films including Sack Amusement titles, and live musical acts. It closed at the end of its 15-year lease awaiting its 21st Century redevelopment. 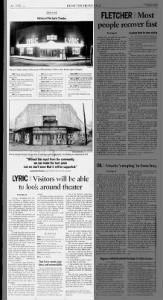