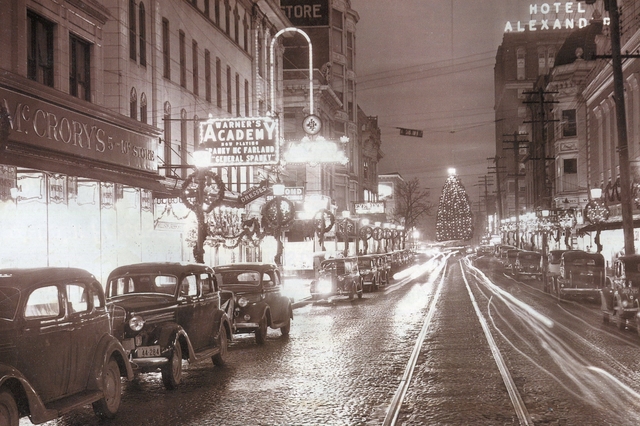 The Academy Theatre was one of several old movie theatres in Hagerstown. It was opened by the Nixon-Nirdlinger Theaters chain in 1924 seating 1,168 which made it a good sized theatre. The address changed several times over its life span while the theatre was open. It started at 30 then went to 40 and a final address of 46 West Washington Street.

The Academy Theatre closed in 1953. In 2022 the building was in use as offices for the Downtown Police Squad.

In response to the above, the Academy is NOT “still standing and boarded up.” I was born in Hagerstown in 1948 and grew up there.
While I was still a kid, the Academy was demolished and a shoe store took its place. Later, I believe, the shoe store also was demolished leaving a vacant lot of rubble. What’s become of the site in the last few years I don’t know.

I don’t think this is demolished. There’s a park where the McCrory’s was, but the Academy was on the end of a large building that is now part of the University of MD system. Count the windows, and you’ll see it’s still there.