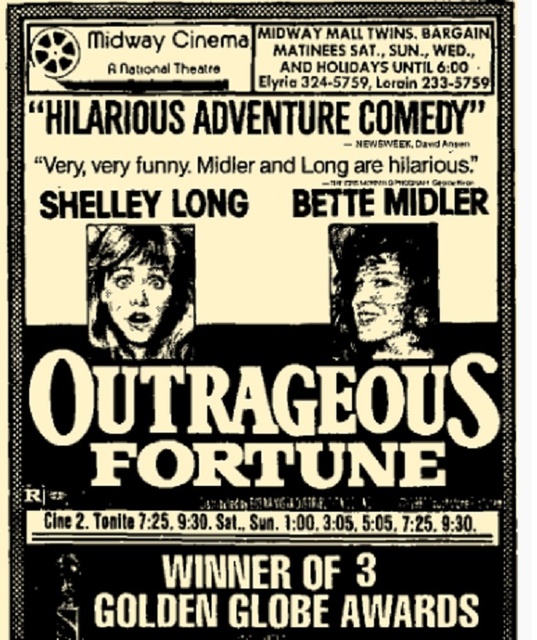 The Midway Cinema opened in 1968 with the opening of the Midway Mall between Lorain and Elyria, Ohio. In the 70s it was split into a twin and renamed the Midway Twin Cinema. It was closed in the 80s and the space houses retail stores.