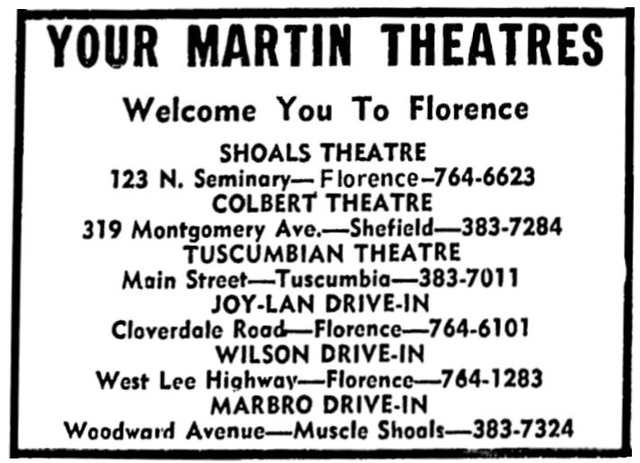 The Marbro Drive-In opened May 26, 1961 featuring “The Alamo” with John Wayne & Richard Widmark. It was built for Martin Theatres and designed by architect Rufus E. Bland. It had a 110 feet x 72 feet screen for showing CinemaScope pictures. It was advertised as the largest screen in northern Alabama. It had a 550 car capacity, and had 200 car heaters for year long operation. The sound and projection equipment was Ballantine Soundmaster and Simplex.

Why the name Marbro?