Another LRS in Los Angeles 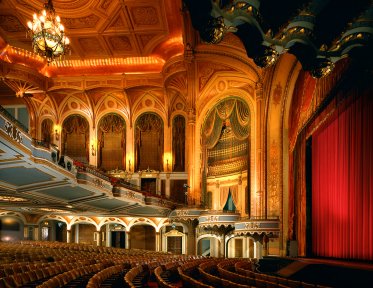 LOS ANGELES, CA — It’s not everyday you get to walk into one of downtown Los Angeles' movie palaces. Even rarer is it that you actually see a film there. With this year’s 21st annual Last Remaining Seats film series from the Los Angeles Conservancy, you’ll get both. Throw in some live entertainment and a chance to also see a film in two other grand settings and you have one event you can’t miss.

They’ll be another great lineup of theaters this year as usual. The first four evenings will visit the always popular Orpheum and Los Angeles Theatres. Then for the first time ever, the series will go to Hollywood’s John Anson Ford Amphitheatre. The location was never a movie theater, but a screen will be brought in for a special outdoor evening. Closing out the event, the series will visit the majestic Alex Theatre in Glendale.

Much thought went into creating the perfect evening each week this year so it’s more than just the movie. From a fashion show to live music to even a possible visit from one of the classic film’s stars, it will definitely be an unforgettable year for Last Remaining Seats. Vintage trailers and shorts will also precede some films. 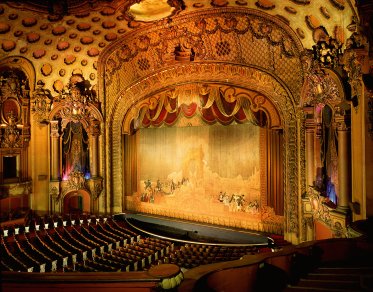 Obviously, this is something near and dear to me. I have helped out on the committee that puts this together, for the past few years. Experiencing this film series for the first time got me so excited that it made me really want to contribute more and thus my presence on this site. I just felt I had to dedicate a column to publicizing this event because it’s just so cool. I know anyone that visits this site would appreciate the taste of a different era.

So come on down. Tickets go on sale today and the first evening is May 23rd. More info is in the press release below or you can also visit the Los Angeles Conservancy Website. 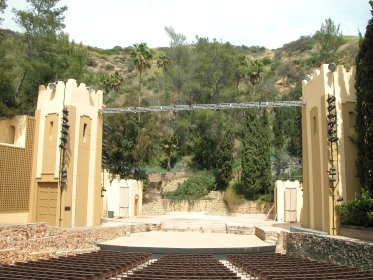 LOS ANGELES — The Los Angeles Conservancy is excited to announce the twentieth anniversary season of its signature series Last Remaining Seats, which presents classic films as they were meant to be seen: in movie palaces, accompanied by vintage short films and newsreels, live performances, and special guests. What began in 1987 as a way to raise awareness of Los Angeles' neglected historic theatres is now a summer tradition, bringing the glamour of Hollywood’s Golden Age to thousands of Angelenos each year.

The 2007 season runs Wednesdays at 8 p.m. from May 23 through June 27, and features historic theatres in downtown Los Angeles and Hollywood. The lineup includes films for every taste, from thriller (Alfred Hitchcock’s North by Northwest), to gangster flick (the original 1932 Scarface), to musical (James Cagney in Yankee Doodle Dandy), to romantic classics (the sizzling Flesh and the Devil with Greta Garbo; Audrey Hepburn in her Oscar-winning role in Roman Holiday). Live entertainment ranges from an on-stage interview with screen legend Eva Marie Saint (schedule permitting) to a fashion show featuring the work of famed costume designer Edith Head.

Tickets go on sale April 13. Advance tickets cost $15 for Los Angeles Conservancy members and $18 for the general public. Though the series typically sells out, any tickets remaining on the night of the event will be sold at the door for $20. A limited number of series tickets are available, and group discounts are available for groups of 10 or more. You can buy tickets online at no extra charge (a new service this year) at www.laconservancy.org 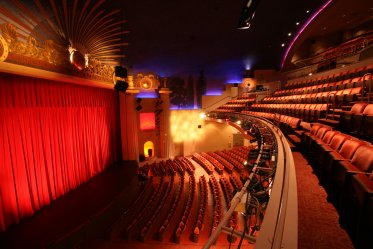 Wednesday, May 30 —– Roman Holiday (1953)
Los Angeles Theatre (1931), 615 South Broadway, Downtown
Audrey Hepburn and Gregory Peck co-star in this enchanting story of a restless runaway princess and an American newspaperman who share a star-crossed romance one afternoon in Rome. Filmed entirely on location in the Eternal City and directed by William Wyler, the film gave Hepburn her first starring role, as well as an Oscar for Best Actress. Co-starring Eddie Albert. At the spectacular Los Angeles Theatre, the most lavish and last built of Broadway’s great movie palaces. Special program: Film critic/historian Leonard Maltin hosts the evening, which includes an on-stage fashion show featuring the glamorous work of legendary costume designer Edith Head, who won an Oscar for her work on Roman Holiday.

Wednesday, June 6 —– Flesh and the Devil (1926)
Orpheum Theatre (1926), 842 South Broadway, Downtown
Greta Garbo and John Gilbert ignited the silent screen in this melodrama about a deadly love triangle involving boyhood friends who are turned against each other when they both fall for seductress Garbo. Gilbert’s off-screen romance with Garbo helped create some of the steamiest love scenes Jazz Age audiences had ever witnessed. Directed by Clarence Brown; co-starring Lars Hansen. Accompanied live by the Robert Israel Orchestra. At the Orpheum Theatre. Special program: The acclaimed Robert Israel Orchestra accompanies the feature, preceded by a screening of the beautiful and unusual 1920s short film Moonland, with live organ accompaniment.

Wednesday, June 13 —– Yankee Doodle Dandy (1942)
Los Angeles Theatre (1931), 615 South Broadway, Downtown
James Cagney proved he was more than a movie tough-guy in his show-stopping portrayal of noted Irish-American composer/performer George M. Cohan. Featuring Cohan standards such as “You’re a Grand Old Flag,” “Over There,” and the title song, Cagney’s tour de force performance delighted wartime filmgoers and earned the actor his only Oscar. Directed by Michael Curtiz; co-starring Walter Huston and Joan Leslie. At the spectacular Los Angeles Theatre. Special program: It’s Oscar Night at LRS hosted by Randy Haberkamp, Director of Education Programs at the Academy of Motion Picture Arts and Sciences. The evening includes short films from the Academy’s archive, and a rare plaster Oscar statuette from the wartime years on display in the lobby.

The Los Angeles Conservancy is a nonprofit membership organization that works through education and advocacy to recognize, preserve, and revitalize the historic architectural and cultural resources of Los Angeles County. What began as a volunteer group in 1978 now has more than 7,000 members, making the Conservancy the largest local organization of its kind in the U.S. 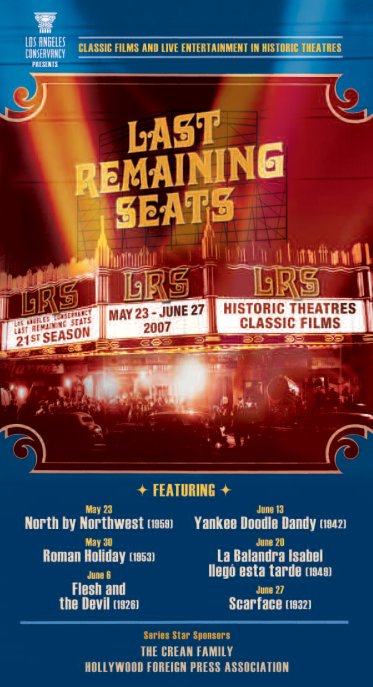 They sure are, Iris. It’s very sad that all these elegant, baroque-looking movie palaces, for the most part, have gone the way of cinema heaven, and been replaced by very sterile-looking and antiseptic multiplex cinemas that show a lot of the schlock that passes these days for art.

That’s very sad, MPol. And younger people would rather watch their films online than go to a dedicated theater. It’s just not the same!