“Lawrence of Arabia” back at the Silver 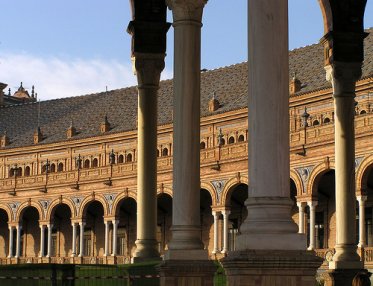 SILVER SPRING, MD — The AFI is showing “Lawrence of Arabia” again in 70mm at the Silver Theatre.

It doesn’t matter how big or flat your TV is, it’s just not the same. And if you’re one of those handheld-DVD-player people, forget it. Films are meant to be a visual spectacle, a feast for your adoring, amazed gaze — and the best of the best comes in the form of “Lawrence of Arabia.”

Do yourself a favor and stop by the AFI Silver Theater in Silver Spring, which has made an annual event of showing the film on 70mm. From Aug. 8 to Aug. 14, you can catch Lawrence in all its glory — from the perfection of Peter O'Toole, Omar Sharif and Alexander Quinn as (respectively) T.E. Lawrence, Sherif Ali and Auda abu Tayi to the beauty of Maurice Jarre’s dramatic-as-hell score. They also incorporate an intermission, just like when the film was first shown, so your bladder doesn’t have to suffer the full 216 minutes.

The article in Express Night Out goes on to discuss other films ideal for the big screen.

(Thanks to R.Duran for providing the photo.)

Does anyone know if the Silver Theatre has a curved or semi curved screen for 70mm projection?

Its flat as far as I know and about 40' wide. Its not as immersive as say a viewing at the Uptown would be but at least it has regular annual showings here. I wish they would show other 70mm than just this film and 2001.

Thanks Jodar**To bad they can’t add another 50ft and put a slight curve on it. Many studios have come out with new restored 70mm prints in the last year. I wonder if the ‘Silver’ has five speakers behind the scrren for full 6 track stereo with surrounds? With only 40ft the sound may not have much separation. In small 70mm theatres I have gone to and watched 70mm in the past some theatres have put the far left and far right stage speakers way up to the side away from the screen hidden, this gives a full wide sound look and feel when they don’t have the room behind the screen. Many theatres today don’t have the 5 speakers but they still do show 70mm from time to time. I often wonder what happens to the missing two channels of sound. I had a school friend who was a theatre sound nut. One time many years ago when no one was in the theatre before the film started he found his way backstage and moved the 3 stereo Altec speakers as the old owner had them 5 inches from each one in the center of the screen behind a 70ft semi curved screen with bad masking. This friend moved the right speaker way over to the right and the left speaker way over to the left behind the screen. They had wheels on them and had giant cones. This made a big change in how the stereo came across the stage speakers. This was in the early 70’s. We went back to the same theatre last year (now with Dolby Digital and air conditioned) and the same dusty Altec stage speakers had not been moved, they still gave off a great sound and kick ass base with the added distance. My friend was lucky the speakers had enough wire and he was not caught almost 40 years ago! His foot tracks were probably still on the dirty stage floor from that hot Saturday many years ago. The single screen cinema was in a big downtown theatre in a California valley town and is still open today. I think It did close late in the 80’s for some time.

Terry, I’m not sure why they couldn’t have built a bigger screen then the one they have now. If they were following the restoration to a T and the original screen was 40 ft then that would explain it. There could be ample space if they did away with some of the ornamentation.

As far as the speaker specs, there was a discussion on the theater discussion page here on CT. FWIW, the Historic auditorium and the two smaller ones are all THX certified so you can be assured that the quality of the sound is optimal. As great as it is to watch 2001 in the Historic Auditorium, 40' is small for a film of that scope to be immersed into experiencing the ‘ulimate trip.’ I’m big on sound and picture myself back to the days when 70mm releases (albeit mostly blow ups were the norm) in the late 70s and 80s. You’re absolutely right about speaker placement and large screens being important for the making of a great theatrical experience.

Ahhhh…..there’s no question that nothing beats seeing movies on the great big, wide screen, in a real movie theatre with the lights down low, as they were really MEANT to be seen. This is especially true of those great old movie classics, including LOA, WSS, SOM, and many others. I read the article about films that’re ideal for the great big, wide screen, and agreed with it, especially the films mentioned in the article, including “Lawrence of Arabia” with much interest and agreed, but I find myself wondering why West Side Story and Dr. Zhivago and a bunch of others weren’t included.