Uptown endangered for the fourth time 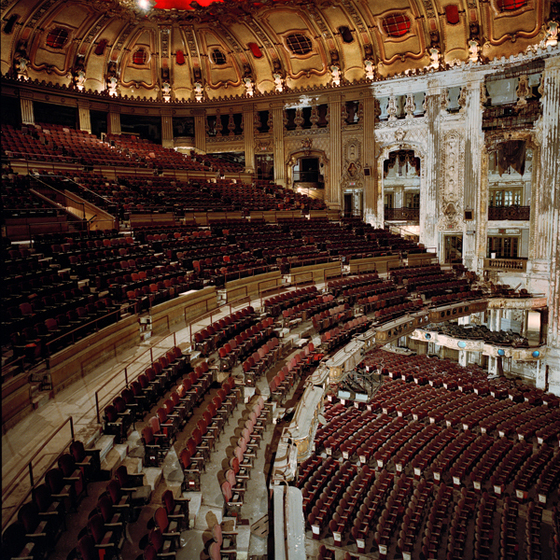 CHICAGO, IL — The Uptown Theatre, 4816 N. Broadway, has been named to Landmarks Illinois' annual Ten Most Endangered Historic Places list, which was announced today, Tuesday, April 1, 2014, at a press conference in Springfield.

“While we understand how challenging this project is, it is imperative that key repairs are made to the Uptown so that the building remains viable for redevelopment,” said Bonnie McDonald, President of Landmarks Illinois. “We encourage the owner not only to make necessary repairs permanent, but also to seek partners who can help make the Uptown Theatre an exciting entertainment venue once again.”

Landmarks Illinois, the state’s leading voice for historic preservation, named nine other endangered historic properties, as well as a special “11th designation” to its annual list, which focuses attention on sites that are threatened by deterioration, lack of maintenance, insufficient funds, or inappropriate development.

The Uptown Theatre, one of the largest and grandest movie palaces in the country, stands empty and lacks a redevelopment plan. Closed since 1981, the Uptown is a lynchpin for the planning of an “Uptown Music District” that city officials want to see developed.

With redevelopment of the Uptown anticipated to cost upwards of $50-70 million, a major partnership will be needed to accomplish the work. The City recently brought the theater into building court because of water damage due to lack of heat in the building. Court hearings continue to be scheduled to monitor work on replacing the boiler.

In 2008, the city spent approximately $1.2 million for temporary repairs to the facade that were anticipated to last five years at best. Making those temporary repairs permanent should now be the owner’s priority in order for the building to remain viable for redevelopment.

(Thanks to jeterga for providing the photo.)