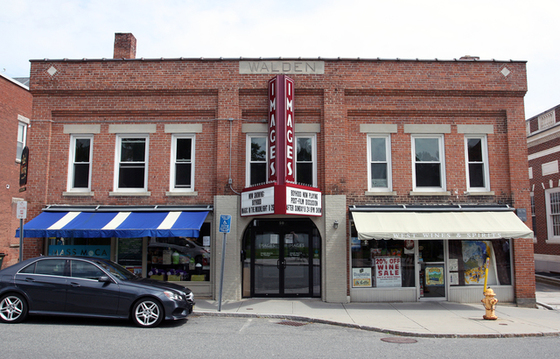 From The Williams Record: This month, Images Cinema celebrates its 100-year anniversary.

Before it was a theater, Images was one of the College’s fraternity houses. A century ago, in November 1916, Hiram C. Walden repurposed the house as a movie theater. Designed to screen only “high class” fare with live musical accompaniment, the Walden Theatre — a 530-seat affair spanning two commercial spaces — emerged. “Walden” is still etched above the marquee. Since then, the theater has donned several other monikers in succession: the Taconic Theater, the Nickelodeon and College Cinema. Since 1977, however, the quaint spot at 50 Spring Street has been known as Images Cinema.

Images is one of the oldest continuously operating movie theaters in the Northeast and the site of an ever-evolving movie-going experience. The building initially screened popular silent films, which featured icons such as Billie Burke, Charlie Chaplin and the Keystone Cops. By 1920, the advent of talkies saw the movie industry skyrocket. Images premiered its first talkie in the 1930s. Romantic detectives were at the heart of 1940s features, while the 1950s saw the dominance of Westerns and pop culture became the prevalent theme in the 1970s.

Today, the staff at Images Cinema opts for films that run the gamut, from independent to foreign to classic. Images was perhaps best described by Executive Director Doug Jones in its 100th Anniversary Party press release as “a year-round non-profit, member-supported community film house that presents a wide range of films that impact filmmaking and our culture … Images continuously seeks to entertain, educate and engage the community with quality programming while maintaining its dedication to independent film and media.”

But adapting to present-day culture has not always been easy. Janet Curran, the managing director of Images, explained some challenges that the theater has faced.

“It’s rare and special for a single-screen cinema, especially one in such a small community, to have continually stayed in business for 100 years,” Curran said. “The movie distribution system is designed for a multi-screen structure, so we are a single-screen playing in a multiplex world. It’s a real challenge to get new movies in a timely fashion at terms that are reasonable for us without having to show the movie for three weeks. In a small community, two weeks is usually the upper limit, given [that] we have a limited population from which to draw an audience.”

Curran highlighted the difficulty of competing with large movie theaters that cater to in-demand box office releases. Unlike these multiplexes, Images largely features independent films. Because they are not financed by Hollywood studios, independent films can enjoy greater freedom of expression and of ideas.

Another challenge for Images is ubiquitous access to media, whether on television or online. The theater’s incredible adaptability in the digital age can largely be attributed to community involvement as well as support from the Massachusetts Cultural Council. The late 1980s saw a period of stagnation for Images, which resulted in downsizing. The original theater was cut in half to create additional retail space, and the Red Herring now occupies the space where the other half of the theater once was. In 1989, actor Christopher Reeve, a Williamstown local, led a campaign to support the theater. Images still houses plaques that commemorate that effort.

Afterward, then-manager of Images Don Fisher purchased the cinema and ran it until the late 1990s when sales experienced another downtick. In 1998, Williamstown community members Ellen Bernstein, Larry Weber, Matt Harris, Julius Rosenwald and Professor of English Shawn Rosenheim determined that the cinema was no longer viable as a for-profit business and raised funds to purchase Images Cinema and turn it into a nonprofit.

Under the new management, Images cemented its place as a community film house dedicated to film as an art form as well as a source of entertainment. Director Alexandra Kalmanofsky and Managing Director Angela Cardinali took initiative by showing art house films, hosting conversations around films, bringing in filmmakers, building educational programs, hosting special film events, developing a membership program and engaging community volunteers as well as the College community.

The 2000s brought another wave of management changes, with each staff member working hard to preserve Images while meeting 21st-century demands. In 2008, Images restored its Spring Street entrance — since the late ’80s, the entrance had been located off the alley. In 2012, Images switched over from 35mm film projection to digital cinema projection, which Curran called, “the biggest industry-wide change since the dawn of the talkies.” Equipment upgrades were also made possible by community-wide support for a capital campaign.

Thus far, Images has celebrated its centennial year with 100 Years of Images, a year-long film series spanning the decades to honor a century at Images. Highlights of Images Cinema’s centennial will include its 100th Anniversary Party on Nov. 11 and its Nov. 30 screening of Safety Last, in honor of the first Images film shown on Nov. 30, 1916. 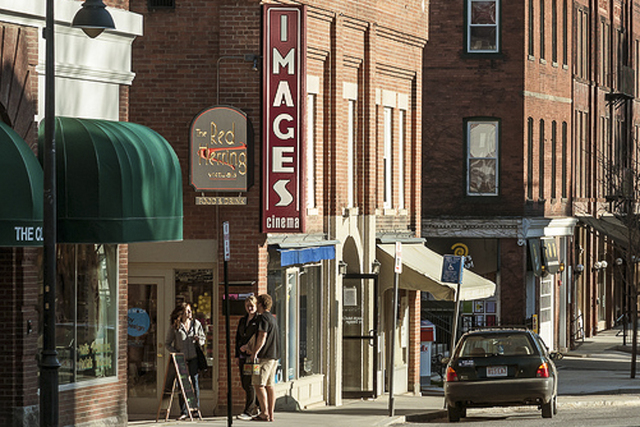