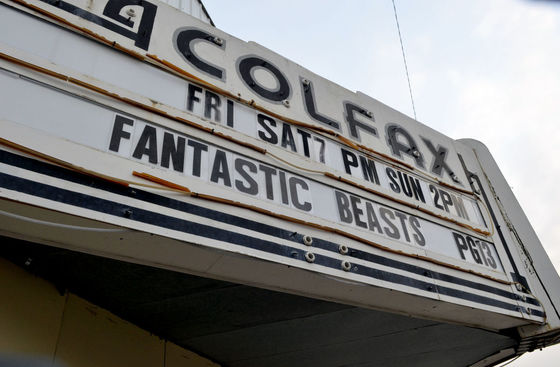 From The Columbus Telegram: The Colfax Theatre is celebrating 10 years of hot, buttered popcorn, cold soda and movie magic.

This month’s celebration also recognizes all the work dedicated volunteers have done to keep a piece of the community’s history alive.

“To be still in operation after 10 years is a pretty good milestone,” said John Sayer, president of Schuyler Enrichment Foundation. “Because it takes a lot.”

In 2001, a group of community members decided they wanted revitalize the shuttered movie theater at 314 E. 11th St., which was built in the late 19th century and operated for decades before closing. When the group purchased the building it was being used for storage.

Sayer was one of the foundation’s founding members and part of the team that spent five years raising money to renovate the space and purchase a projector. While funding was coming in, volunteers cleaned and restored the building.

The renovated theater screened its first film in 2006. For a few years the theater could be rented for parties, but trademark laws now stipulate that if they screen a DVD a $200 fee must be paid to the copyright owner, so that business has diminished.

“Our hands are tied,” Sayer said.

The foundation had other plans for the space, as well.

Sayer said he hoped schools would use the small stage behind the screen for theater productions and community organizations might rent the space for meetings and events. Other ideas included hosting traveling events and shows.

But none of that took off.

“It all fizzled out,” Sayer said. “Probably from a lack of interest, it fizzled out.”

Sayer says the size of the stage is an issue.

“The stage is kind of small,” he said. “The big groups for school, it’s too small for them.”

Many people who work in Schuyler live outside the city, which also hurts the theater.

“They drive in, then when they’re off work, they drive out of town,” Sayer said. “So we don’t have anyone around to work on this stuff.”

The theater’s only employees are managers who work during show times. All the other positions, from concessions workers and ticket-takers to maintenance staff, are volunteers.

Colfax Theatre loses money each year, according to Sayer, and the foundation is kept afloat by donations.

“It’s a lot of time given by a lot of people,” Sayer said. “It’s really frustrating when two people show up for a movie on a Friday night.”

The local theater competes with nearby Columbus for weekend entertainment and the increased cost to screen movies has raised ticket prices, leading to a decline in attendance.

Sayer said action and drama movies don’t do as well in Schuyler, but animated films such as “Trolls” are big hits.

To celebrate its 10-year anniversary, Colfax Theatre is giving away free popcorn, drinks and tickets through its Facebook page.

On Friday, the theater will host an open house with tours, free popcorn and drawings for movie posters and gift baskets. Tickets are two for the price of one for that evening’s screening of “Fantastic Beasts and Where to Find Them."

Sayer hopes the event will bring more attention to the theater.

“We just need to let the public know that we’re still here,” he said. 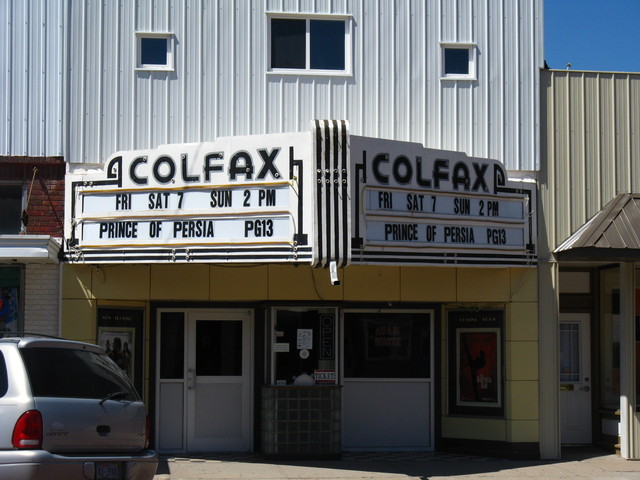